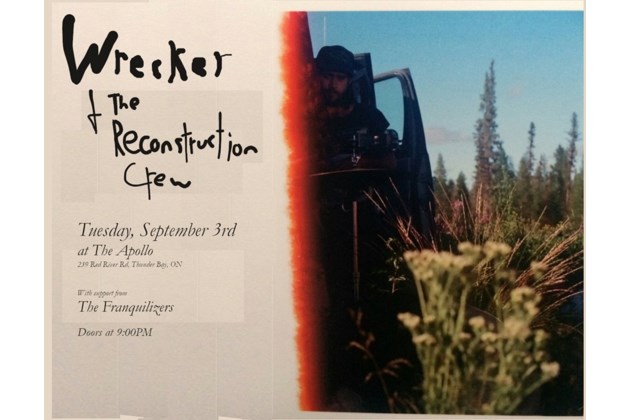 "wrecker" is the musical works of songwriter and performer Jory Dylan Strachan.
A project inspired by rebirth, "wrecker" evokes exactly as it means; a salvaging of the reusable parts to create something new. A collection of the broken pieces molded and crafted into a shape of best fit.

Growing up in the rocky woods of northwestern Ontario Canada, Strachan`s career began in the dingy basements and punk-dives pockmarked across the vast Canadian landscape.
Years later, Strachan reinvented his approach and started `wrecker`, after months spent in the isolated woods of northern Alberta and BC.

Wrecker’s first release “homewrecker”, a 5 song collaborative split with Manitoban songwriter Bailee Woods of “housepanther” dedicated to the theme of infidelity was released on Valentine’s Day, February 14th of 2019 and received much critical acclaim in Canada.
The songs introduced audiences to Wrecker’s capacity for vulnerability and fearless approach to honesty in all its beautifully hideous faces.
Despite the project having only been around for less than a year, Wrecker has already toured north much of America, performed an official showcase at SXSW in Austin, Texas and is slated to play several festivals and tours later in 2019.