Lawyer Gilbert Labine to be honoured by Law Society of Ontario 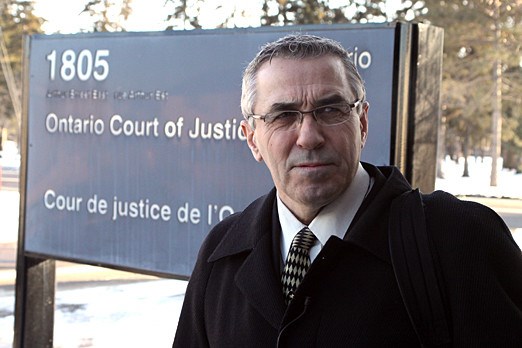 THUNDER BAY — A Thunder Bay lawyer is being honoured by the Law Society of Ontario.

Gilbert Labine will receive a Law Society Medal in recognition of his service to the profession.

He's scheduled to receive it on May 27 at a ceremony at Osgoode Hall in Toronto.

The award is presented annually to selected lawyers across the province for devotion to professional duties over a long term or for a single outstanding act of service.

Labine has practised law for over four decades.

In announcing this year's awards, the law society cited him for dedicating his career to "advocating for the most vulnerable and marginalized people in northwestern Ontario."

"He is an integral part of the community's criminal justice system," it stated.

Labine told Tbnewswatch the award "means a great deal...this is the first time I've ever been recognized by the society. It's quite an honour to be acknowledged for 44 years of dedication to my profession."

He found out he was nominated by colleagues and by his daughter, and said he is grateful to them.

"I was quite surprised when I got the call from the law society, because usually a call means a lawyer is in trouble or has done something wrong,"

Labine liked it to an athlete receiving a call to a sport's hall of fame.

Originally struck in 1985, the Law Society Medal has been awarded since then to more than 100 lawyers in recognition of distinguished service.