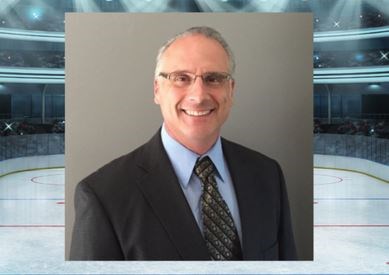 Nicholas, who last coached the Thunder Bay Major Midget Kings, on Friday was named commissioner of the seven-team circuit, replacing Bryan Graham, who departed last month after six years at the helm.

“It is my honor to have the opportunity to serve as the next commissioner for the Superior International Junior Hockey League,” Nicholas said in a release issued by the SIJHL.

“To add my name to a list of such distinguished and esteemed builders in HNO history is truly humbling and I am eager to carry the torch for the SIJHL.”

A graduate of Lakehead University, Nicholas has spent decades in the game, including two separate stints as an assistant coach with the OUA's Lakehead Thunderwolves.

Doug Lein, chairman of the board of directors, said Nicholas is ready to hit the ground running.

“We had over 50 applicants for this position and as we paired down our list, many of which would have been excellent choices we started to see a clear pathway leading directly to Darrin,” Lein said.

"He checked every box that we as a league set out to check. We as a group were able throughout the process to see Darrin’s vision for the position as well as a level of drive and dedication that made him the clear-cut choice when everything shook out.”