Rainbow Crosswalk at Bay and Algoma would cost $35K 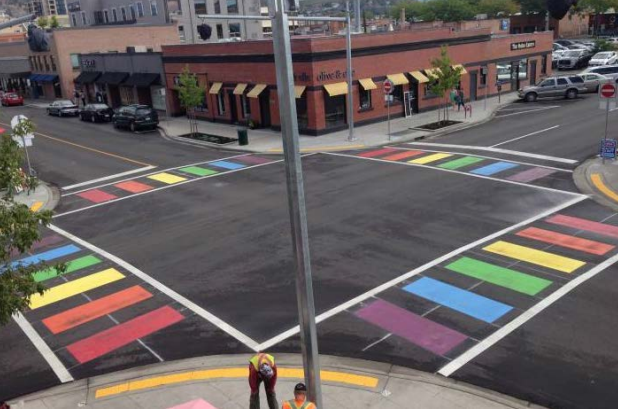 THUNDER BAY — If the City of Thunder Bay goes ahead with the installation of  four "rainbow" crosswalks on Algoma Street at Bay Street, it will cost about $35,000.

The proposal for the crosswalks was submitted last August by Thunder Pride.

In a report to council, the city's Engineering & Operations department recommends that if council decides to proceed, thermoplastic paint be used.

It's more expensive to install, but lasts about five years, whereas other road paint must be reapplied annually.

Thunder Pride, which celebrates its 10th anniversary next year, favours the Bay/Algoma intersection because it's central to many of its events.

The organization has told the city it's willing to cover up to half the cost.

According to city administration, the Bay/Algoma Business Association hasn't confirmed yet whether it would contribute as well.