Three people are without a home after a fire destroyed a Simpson Street structure early Thursday morning.
0
Aug 15, 2019 2:34 PM By: Doug Diaczuk 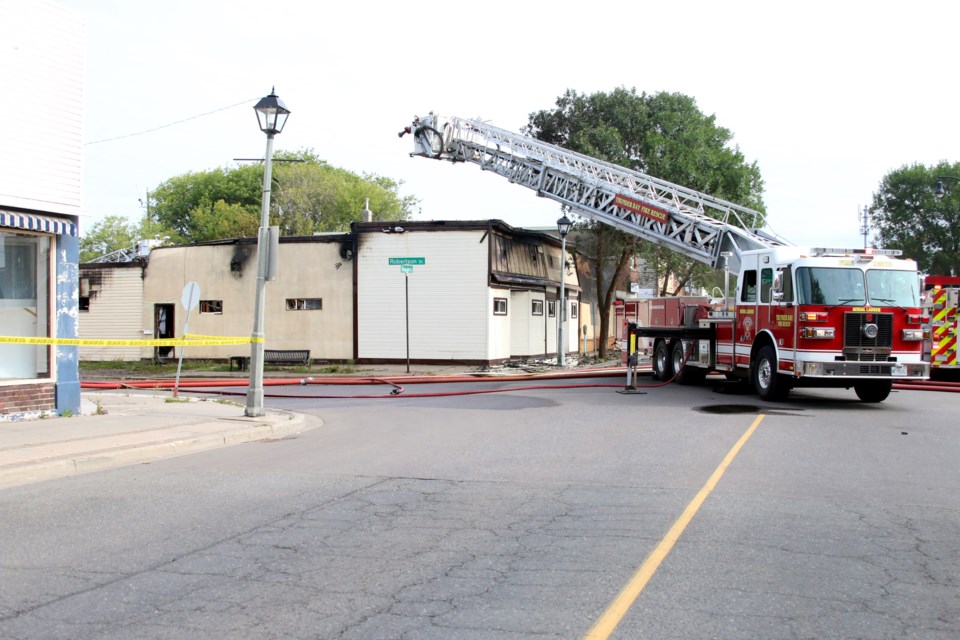 The fire at a building on Simpson Street is out, though crews with Thunder Bay Fire Rescue continue to monitor for hot spots. (Photo by Doug Diaczuk - Tbnewswatch.com).

THUNDER BAY – Three people are without a home following a fire that completely destroyed a Simpson Street structure.

According to the Thunder Bay Red Cross, three people, an elderly individual and two adults, were staying in two apartment units inside the building on the 600 block of Simpson Street.

“We provide the food, shelter, and clothing for 72 hours,” said Jacqueline Luhtala, emergency response team supervisor with the Thunder Bay Red Cross. “They get funding to purchase food, clothing, and we secure shelter for the 72-hour period.”

Thunder Bay Fire Rescue responded to reports of a structural fire at approximately 2 a.m. Thursday morning. Arriving crews encountered heavy smoke and flames inside the building. Firefighters were not able to perform a full search of the building due to the intensity of the fire, though witnesses on the scene said they believed everyone was evacuated safely.

Luhtala said they have not received word of any injuries as a result of the fire.

Officials with the Red Cross received a call at approximately 4 a.m. to assist with individuals displaced by the fire. Those on the scene said the residents of the building were calm.

It is standard procedure for the Red Cross to provide 72-hour assistance to people displaced by disasters such as fires.

“After that 72 hours we step out of the situation and we hope other community organizations step into place,” Luhtala said. “It could be social services, other non-profit organizations, insurance companies.”

The cause of the fire is unknown and will be under investigation by Thunder Bay Fire Rescue and the Ontario Fire Marshal’s Office.