Michael Okafor and Dylan Morrison both spent the past three seasons in the United States, including time at D1 schools.
Jul 2, 2020 5:08 PM By: Leith Dunick 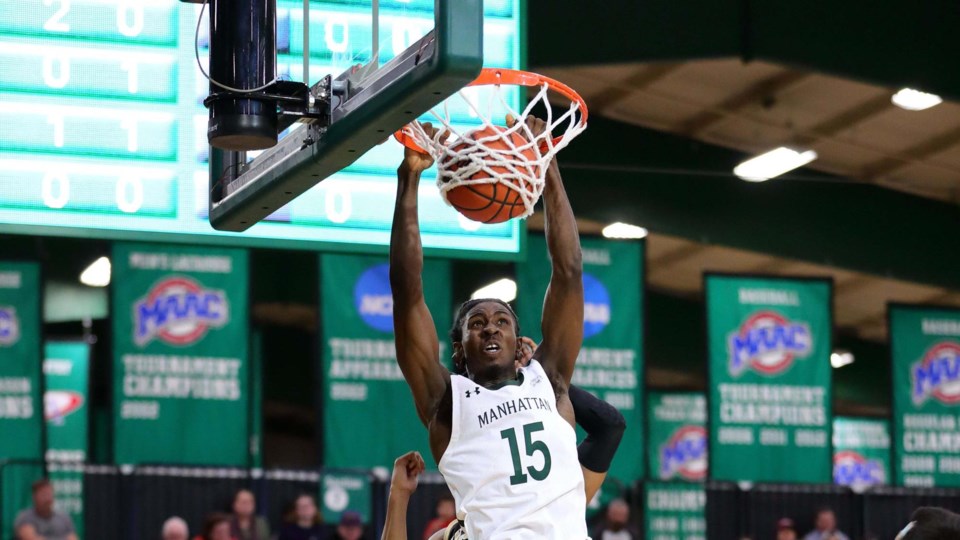 THUNDER BAY – It's fitting that the day before the nation celebrates its 153rd birthday, the Lakehead Thunderwolves announced they're bringing home two of Canada's own.

The men's basketball team on Tuesday it has landed a pair of standout Toronto talents who have spent the past three seasons playing south of the border.

Dylan Morrison, who played with Okafor in junior college, is a 6-foot-6 wing who last season suited up with the Division 1 Lamar Cardinals.

Both are key additions to a Thunderwolves team that finished last season ranked inside the top 10 in the nation, only to fall short in the OUA playoffs.

“Michael is a great kid who will make an immediate impact on our program with his athleticism and ability to get to the rim and finish. We’re excited to get on the court and help Michael continue to improve as a player” said LU coach Ryan Thomson.

“Dylan brings length, athleticism and versatility to our team. He has great instincts on the defensive end and is able to handle the ball, create and finish at the rim.”

Both players are excited at the chance to join a program on the rise at home in Canada.

“Going from school to school, in my basketball journey, I felt like coming back home to play was the best option. Playing against the best and being the best team is what I want. And I feel comfortable playing at Lakehead, both because of the coaching staff and the players.” Okafor said.

Morrison, ranked 41st in the nation by North Pole Hoops when he graduated high school, still wants to take his game to the next level and hopes to hone his skills at Lakehead.

“To play professionally will always be a dream of mine, I feel coming back home to play at Lakehead with help from the staff and players will help me make this dream a reality,” Morrison said in a release issued by the team.

Former Thunderwolves star Yoosrie Salhia, the coach of the Bill Brothers Prep Basketball team, coached both Okafor and Morrison in the past and said the Wolves are getting an impressive injection of talent with the two additions.

“Michael and Dylan are two unique athletes that bring it on both ends of the floor. Their length, athleticism, and skill set will prove to be great additions to the Thunderwolves. More importantly, Lakehead is getting two high character young men, with great work ethic, and a team oriented mentality,” Salhia said.

Thunderwolves fans may have to wait to see what Okafor and Morrison bring to the court. The OUA has cancelled all varsity sports until January.