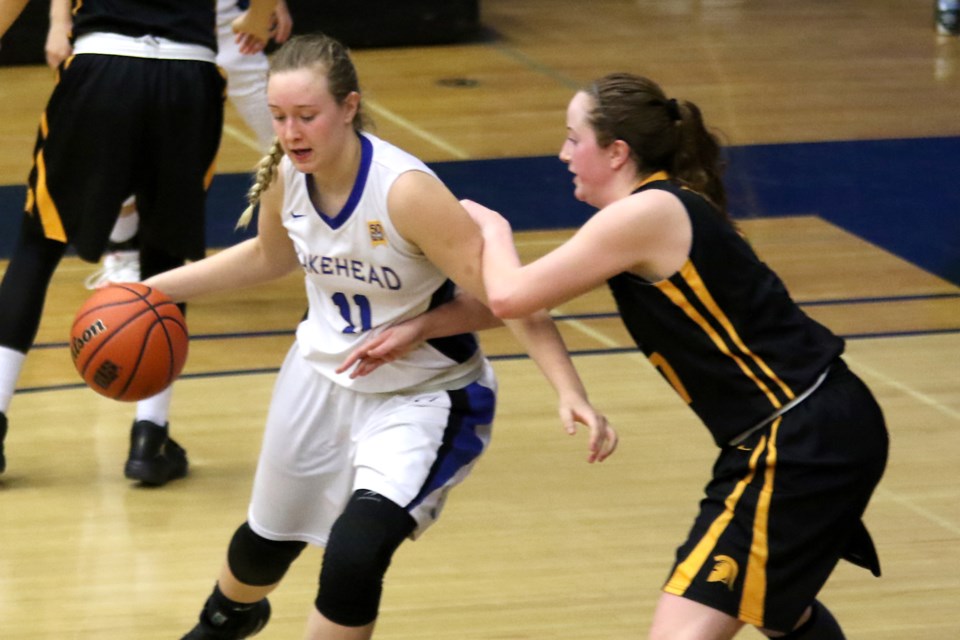 ST. CATHARINES, Ont. – A trip to St. Catharines, Ont. was not the tonic needed by the Lakehead Thunderwolves to turn their season around.

The women’s basketball team was outscored in all four quarters by the host Brock Badgers on Saturday night and dropped a 72-39 decision, their third straight OUA defeat.

It was a struggle from the start.

Lakehead trailed by 10 after one quarter and the Badgers had upped their lead to 20 by the end of three quarters, adding 13 to their lead in the final stanza.

Jessica Morris had 19 to lead the Badgers in scoring. Melissa Tatti had 15.

The loss dropped Lakehead’s record to 1-7, leaving them in fifth place in the OUA Central. Brock leads the division at 6-1.

The Wolves head to the nation’s capital next weekend to take on Carleton and Ottawa.