Competition Bureau to review deal that made Barrie Examiner, dozens of other papers history 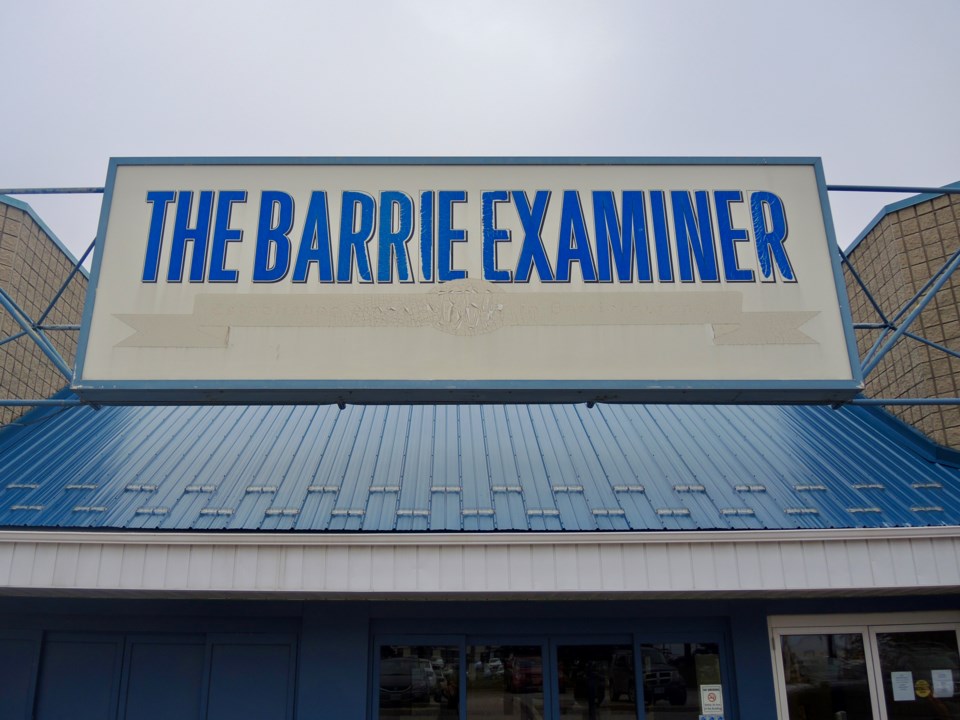 The Barrie Examiner was shut down on Nov. 27, 2017 after being founded in 1864. Sue Sgambati/BarrieToday

BARRIE — The Competition Bureau of Canada has launched a review of the transaction between Torstar and Postmedia that saw the companies do a major swap of publications.

The deal resulted in the immediate closure Monday of several Simcoe County newspapers including the historic Barrie Examiner and the Orillia Packet and Times. In all, Metroland announced the closure of 11 papers, while Postmedia shuttered 24.

"While I cannot speak to the specifics of a Bureau review for reasons of confidentiality, under the Competition Act transactions of all sizes and in all sectors of the economy are subject to review by the Commissioner of Competition to determine whether they will likely result in a substantial lessening or prevention of competition in any market in Canada."

In a release announcing the developments, Postmedia maintained it did not require the the blessing of the government watchdog.

"Postmedia has independently determined its plans for the acquired publications. The transaction is not subject to the merger notification provisions of the Competition Act and no regulatory clearance is required to close the transaction," Postmedia stated.

Torstar spokesperson Bob Hepburn says, "Regarding the Competition Bureau saying it will review the transaction, we have no comment because we don't know any more than that."

As for a time-line for the review, Albert explained, "the Competition Act allows for a one-year period following the completion of a transaction during which the Commissioner may bring an application to the Competition Tribunal challenging the transaction."