'I found out the dog was black and small the bird had the dog around the ribs and was flying just above the street lights'
0
Dec 18, 2017 8:40 AM By: Chris Dawson 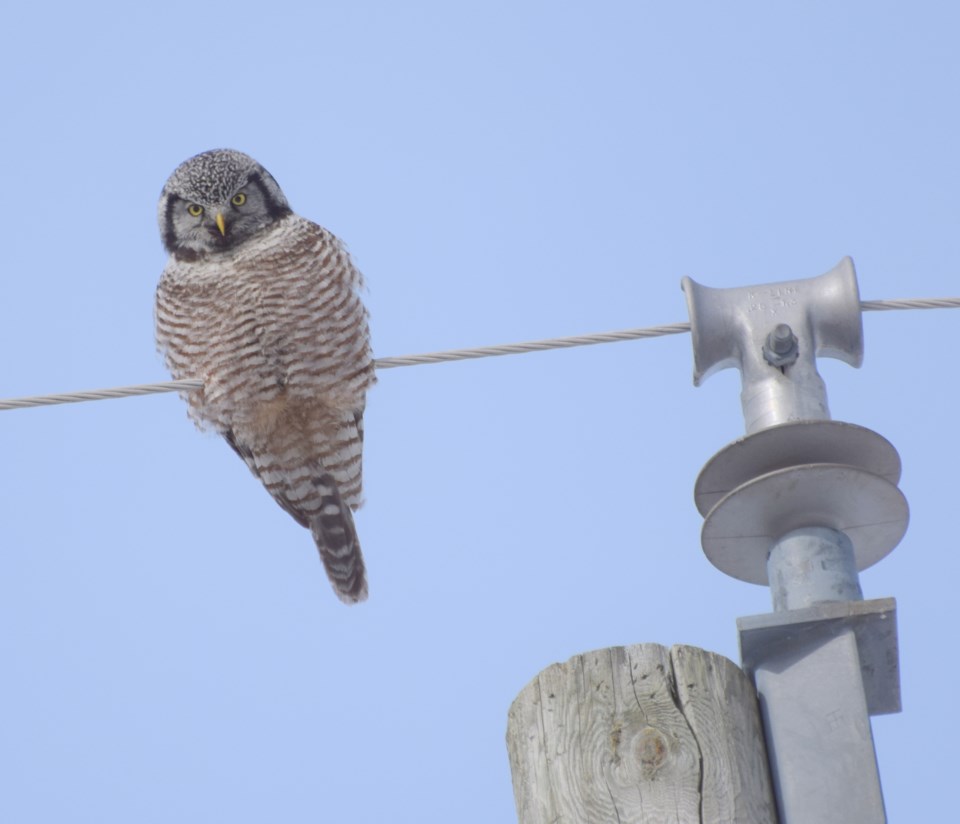 Could a northern hawk owl like this be responsible for grabbing a small dog in North Bay this weekend? File photo.

NORTH BAY — Some North Bay pet owners are concerned about a bizarre report about a small dog being taken by a large bird in the downtown core of the city on Friday afternoon.

She says a small dog was taken by a giant bird near Worthington. It was a popular topic on her message board this weekend.

“I found out the dog was black and small the bird had the dog around the ribs and was flying just above the street lights,” said Truchon.

“The bird was flying fast and the people couldn't get a picture but they are certain it was a dog because it was low enough to see.”

Witnesses describe the bird to be brown with a wingspan of an average sized person’s arm span, but no one can clearly say what type of bird it was although speculation is it was either an owl, hawk or eagle.

Truchon says witnesses found a severed bird claw near the library on the weekend but no one is sure if its related to this incident.

“Two days before that I got messages about owls in the area and saw a huge white one myself,” said Truchon.

“Not sure what type of bird it was though. I asked people in the area to check their yards I case the dog was dropped somewhere. It was originally spotted by the old Bigwoods Sports (Worthington).”