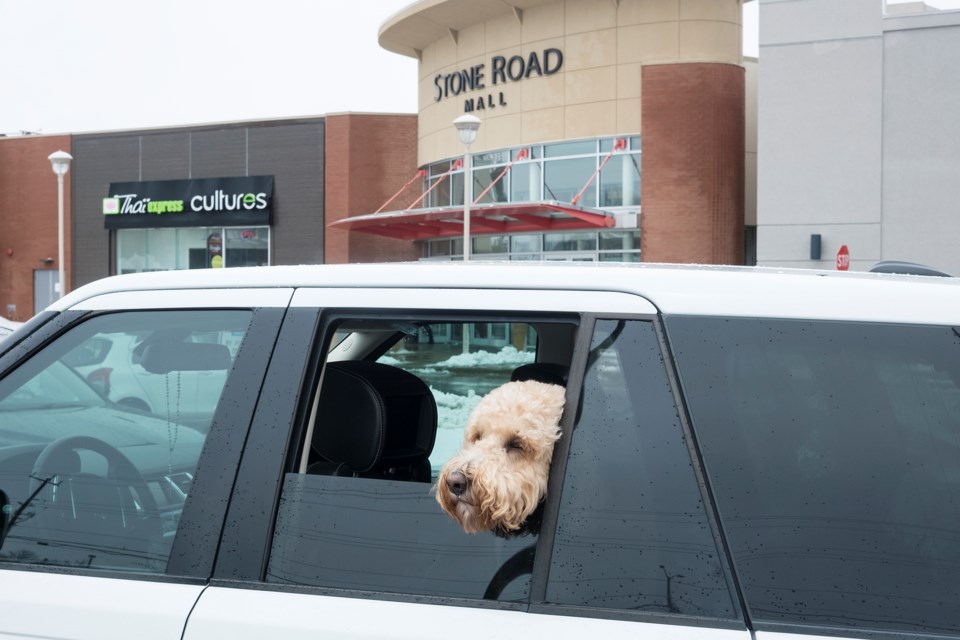 Stone Road Mall parking lot. In June, the mall will reduce its operating hours to help retailers deal with the effects of an increase in minimum wage. Kenneth Armstrong/GuelphToday

GUELPH — The Stone Road Mall will soon roll out its strategy to help its retailers deal with the increase in minimum wage — operate fewer hours.

On June 9, the mall will cut its operating hours by a total of two-and-a-half hours a week, said general manager Tony Stapely.

The change to operating hours is being made in light of the minimum wage increase, he said.

“The minimum wage change is having a big impact on retail, for sure,” noted Stapely.

He said a reduction in hours is also in line with what some other retail establishments have been doing since the minimum wage increased to $14 an hour, which came into effect Jan. 1, 2018.

Savings will also be gained on some of the malls contracts and on electricity costs, said Stapely.

“If we turn the lights off earlier, we save money and in turn that saves the tenants money.”

In a separate matter, Stapely said there has been a lot of interest in the space formerly occupied by Sears.

The department store closed its Stone Road Mall location for good in January.

Stapely said the space offers a number of opportunities, “but it’s going to be quite a bit of time before things are completed there — or even started.”