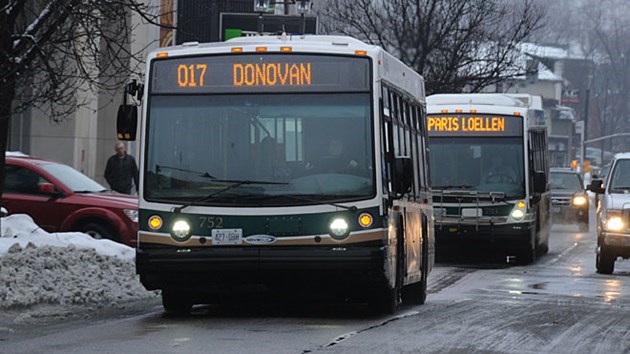 A Greater Sudbury man has launched a human rights complaint against the city, arguing that a bus pass that labels users as recipients of disability benefits is discriminatory. (File)

SUDBURY — A Greater Sudbury man has launched a human rights complaint against the city, arguing that a bus pass that labels users as recipients of disability benefits is discriminatory.

According to court transcripts, city bus passes offer different rates according to who uses them. They are labelled 'adult,' 'student,' 'senior' or 'special.'

“The applicant claims that the pass was changed in 2011, and that it now specifically labels a user as being a person with a disability in receipt of social assistance,” the transcript says. “He claims that when he goes to purchase or use the 'special' pass, he is publicly humiliated and marginalized.

Amongst the remedies he is seeking is to have a pass that does not readily identify the holder as a person with a disability.”

In response, lawyers for the city deny their bus pass system “is, in any way, marginalizing, degrading, or humiliating.”

The city also argues that offering cheaper rates to groups is an advantage to certain users, rather than discrimination. And it also argues that since the system has been in place for six years, the statue of limitations has run out on the human rights complaint.

But an adjudicator ruled that just because a program offers a discount doesn't in itself mean it's not potentially discriminatory. He also ruled that since the discrimination, if exists, could happen again and again whenever anyone buys one of the special passes, the statute of limitations in the case should be set aside.