Health Canada is ramping up efforts to warn young Canadians about the potential risks associated with vaping, the agency said Thursday.
Jan 15, 2019 9:00 AM By: Canadian Press 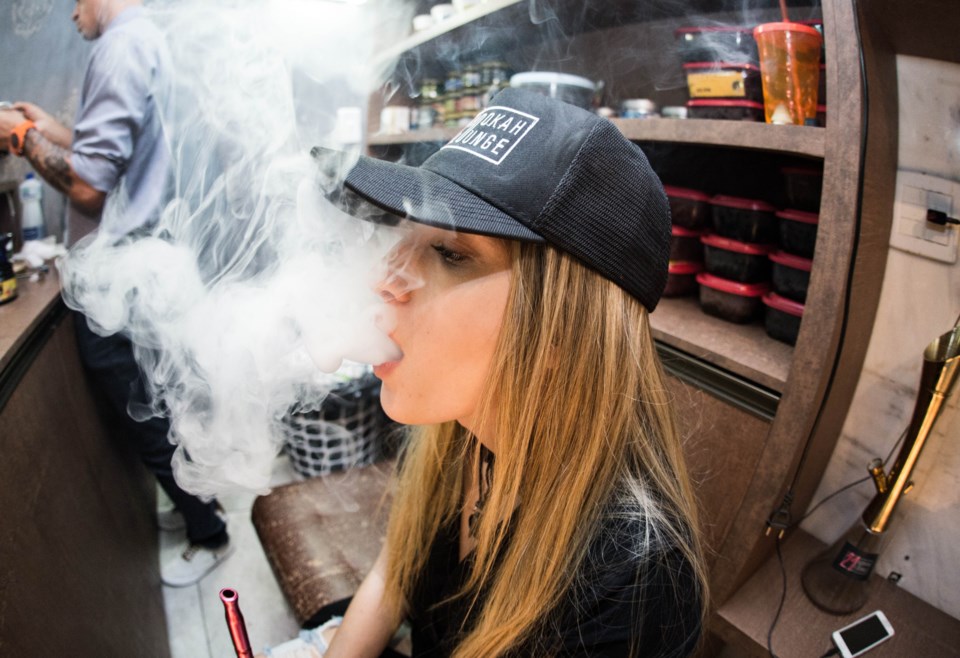 For people with breathing disorders, particles generated by vaping can trigger an inflammatory response, Dr. Richard Standwick says. (via Pexels)

Health Canada is ramping up efforts to warn young Canadians about the potential risks associated with vaping, the agency said Thursday.

Spokeswoman Maryse Durette said the government body has launched a multi-phase campaign to tackle what it sees as an increasing problem among youth.

"The vaping market is evolving rapidly, with the regular introduction of new products into Canada," Durette said in a statement outlining the planned campaign. "We are aware of both anecdotal information and unpublished research showing increases in the rate at which Canadian youth are trying and using vaping products."

Durette said the first phase of the campaign got underway last month and featured paid and social media ads urging parents to start discussing vaping health risks with their kids.

The next step, set to launch next month, is aimed squarely at the teens themselves. Durette said the campaign will feature both paid ads and hands-on learning events in high schools and community venues targeting youth between the ages of 13 and 18. Social media influencers will also be involved to help reach parents and teens alike, she added.

Health Canada said much of the research around youth vaping is still in its early stages, adding it could not provide firm figures for Canadian vaping rates. But Durette said both unpublished research as well as international data paint an alarming picture.

A study released in the U.S. last month prompted a warning from the country's top physician amid reports that e-cigarettes and other vaping devices were undermining decades of declines in tobacco use.

A federally funded University of Michigan study that's been tracking teen substance use for more than four decades documented an unprecedented spike in the number of teens using e-cigarettes. The study, released last month, found the number of teens using the devices last year had doubled from the one before — the largest single-year increase in the survey's 44-year history, far surpassing a mid-1970s surge in marijuana smoking.

E-cigarettes and other vaping devices have been sold in the U.S. since 2007, growing into a US$6.6-billion business. Most devices heat a flavoured nicotine solution into an inhalable vapour.

While research on the effects of vaping is still taking shape, officials in Canada and abroad have long cautioned that nicotine poses an elevated risk to youth.

Durette said the Canadian government is prepared to take stronger action if necessary, saying it's working on strengthening regulations around vaping and prepared to lend "scientific and policy support" for provinces or territories thinking of imposing restrictions of their own.

"Health Canada has the authority to implement further measures to address the potential harms of vaping," she said. "The department will not hesitate to propose further restrictions, should they prove necessary in light of the emerging data on youth vaping."

Several school boards report anecdotal evidence that vaping among students is on the rise, with one Ottawa-area institution recently making headlines for its efforts to address the trend.

This week the principal of St. Joseph High School published a post on a school blog informing the community that bathroom doors would be removed in a bid to discourage vaping. Don Murphy also said the school will be issuing fines of up to $305 for those vaping indoors or visibly holding a vaping device.

"I am extremely confident that the removal of washroom doors and the issuing of fines will discourage those tempted to vape, or smoke, indoors," he said in the post.

A spokeswoman for the Ottawa Catholic School Board said principals are entitled to establish "progressive discipline" to address issues at their schools.

"The principal (Murphy) has been very open with his community, and his actions have received wide support from the students, staff, and parents," Mardi de Kemp said of the new washroom door policy.

School boards in Toronto, Calgary and Vancouver echoed the stance that vaping was barred on school property.