OTTAWA — An overhaul of the Canada Food Guide is set to be released soon, a highly anticipated makeover that will do away with the rainbow visual many Canadians associate with the dietary guide commonly used in hospitals and daycares.
Jan 7, 2019 5:00 PM By: Canadian Press 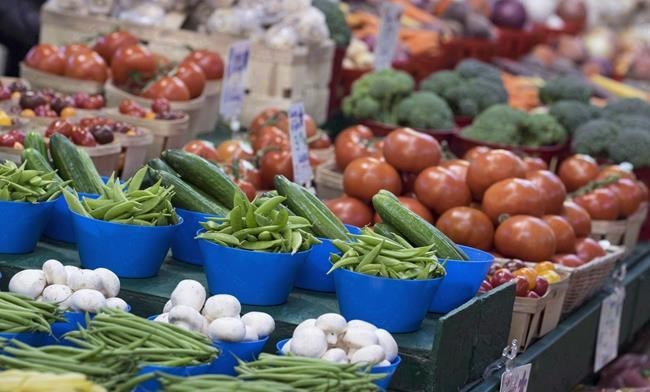 OTTAWA — An overhaul of the Canada Food Guide is set to be released soon, a highly anticipated makeover that will do away with the rainbow visual many Canadians associate with the dietary guide commonly used in hospitals and daycares.

One of the major changes expected in the new guide is a focus on plant-based sources of proteins — a move that has sparked concern among industry players, including the Dairy Farmers of Canada.

In a statement released Friday afternoon, the national policy and lobby organization representing Canada's farmers warned the decision could have a detrimental impact on future generations and harm a sector that continues to be "negatively impacted by the concessions granted in recent trade agreements."

"Not only will this harm the dairy sector and the hundreds of thousands who depend upon it for their livelihoods, it also risks harming Canadian consumers by creating confusion about the nutritional value of dairy," said its president Pierre Lampron.

Hasan Hutchinson, director general of nutritional policy and promotion at Health Canada, said Friday that Health Canada has stayed true to its goal of basing the new Food Guide on the best available evidence also recognized by international organizations.

When the overhaul began years ago, Health Canada said it wouldn't base its new guide to healthy eating on research from food industries.

The department is not saying that animal-based proteins are not nutritious, Hutchinson said, noting the food guide will continue to recommend Canadians choose from foods including lower-fat milk, lower-fat yogurt and cheeses lower in fat and sodium.

It will also refer to lean meats, poultry and other animal-based foods as examples of nutritious choices, he said.

"However, there will be a bit of an emphasis, a focus on having more plant-based foods," he said.

"Regular intake of plant-based foods, so vegetables, fruit, whole grains, and these plant-based proteins can have positive effects on health," he said, noting cardiovascular disease is a particular concern.

In a document put out for consultation, Health Canada said most Canadians do not eat enough vegetables, fruits and whole grains, and many also drink beverages high in sugars.