ONTARIO: Judge strikes down enforcement powers of OSPCA as unconstitutional

A judge has found the enforcement powers held by Ontario's private animal welfare agency to be unconstitutional, saying the province must re-write laws governing the organization to remedy the situation.
Jan 4, 2019 6:00 PM By: Canadian Press 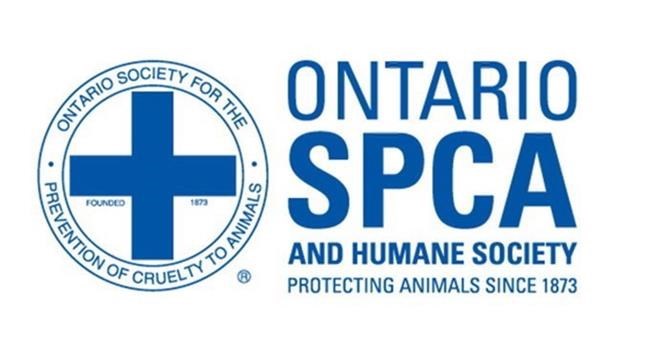 A judge has found the enforcement powers held by Ontario's private animal welfare agency to be unconstitutional, saying the province must re-write laws governing the organization to remedy the situation.

Justice Timothy Minnema said the provincial government was wrong to grant police powers to the Ontario Society for the Prevention of Cruelty to Animals without also imposing accountability and transparency standards on the agency.

The OSPCA, a private charity that receives millions of taxpayer dollars as well as private donations, has had police powers since the OSPCA Act became law in 1919. It is responsible for enforcing both provincial and Criminal Code animal cruelty laws.

"Although charged with law enforcement responsibilities, the OSPCA is opaque, insular, unaccountable, and potentially subject to external influence, and as such Ontarians cannot be confident that the laws it enforces will be fairly and impartially administered," Minnema, a judge with Ontario's Superior Court of Justice, wrote in a decision released Wednesday.

Minnema pointed to the lack of oversight and transparency as key in his decision. The OSPCA is not accountable like police forces across the province that must comply with the Police Services Act, the Ombudsman Act and freedom-of-information laws, the judge noted.

"Overall the OSPCA appears to be an organization that operates in a way that is shielded from public view while at the same time fulfilling clearly public functions," Minnema wrote.

The OSPCA said it respects the court's decision and remains committed to protecting animals across the province.

"This is an issue for the government of Ontario to address," said spokeswoman Alison Cross. "The Ontario SPCA will continue to provide animal protection services while the government determines how they wish to proceed."

A spokesman for the Ministry of the Attorney General said the government is reviewing the decision.

"As this matter is in the appeal period, it would be inappropriate to comment further," said Philip Klassen.

Jeffrey Bogaerts, a paralegal with an interest in animal welfare law and a vice-president with the Ontario Landowners Association, launched the constitutional challenge over the OSPCA's powers five years ago after taking issue with how the agency operated.

"It rubbed him the wrong way," his lawyer, Kurtis Andrews, said in an interview. "He took it on himself to launch a court case on behalf of the public."

Bogaerts and his lawyer also argued the OSPCA violated the Canadian Charter of Rights and Freedoms through searches of homes and seizures of animals. They lost those arguments.

"But we won the big argument," Andrews said, adding that he and his client were ecstatic over the judge's ruling.

In his decision, Minnema said the case had established a new principle of fundamental justice that "law enforcement bodies must be subject to reasonable standards of transparency and accountability." Minnema found that the OSPCA Act contravenes that new principle.

Bogaerts' lawyer said the judge's recognition of the new principle was significant.

"You can probably count the number of principles on your fingers and toes that have been recognized since 1982 when the charter came out," he said.

Animal Justice, a national animal advocacy organization, intervened in the case and argued the main point about transparency, oversight and accountability alongside Bogaerts.

"Animal protection laws are the only laws still enforced by private agencies, and the court ruled that private enforcement without transparency and accountability is unacceptable," said executive director Camille Labchuk.

"We believe this decision will ultimately lead the province to look at the regime and consider updating it for the 21st century."

The court has given the Ontario government a year to re-write the legislation governing the OSPCA.

"The declaration taking effect immediately could deprive animals of the protections afforded by the OSPCA Act while the province considers its next step," Minnema wrote.

The judge said he doesn't see how the relevant sections could be easily modified to make them compliant with the Canadian Charter of Rights and Freedoms. He noted 21 sections of the OSPCA Act that are "of no force and effect" and suggested the act might have to be re-written from scratch.

Minnema also noted that one province had already taken action to update their animal welfare enforcement structures. Newfoundland and Labrador rescinded similar legislation regarding its SPCA in 2012 and now animal cruelty laws are enforced by the RCMP and the provincial police force, the Royal Newfoundland Constabulary.

The court ruling comes a few months after the OSPCA told its frontline officers it planned to pull back from investigating cruelty cases involving livestock and horses and would also no longer euthanize dogs involved in attacks as required by law. It has floated the idea of handing off those responsibilities to the government and police.

Those changes are part of what the OSPCA calls a restructuring effort to deal with years-long funding shortage. The policy changes, however, have been criticized by both the province and animal activists.