Tommy and Davis showed up at the local rink only to find themselves skating with the Edmonton Oilers captain
Dec 27, 2018 2:26 PM By: Kim Champion 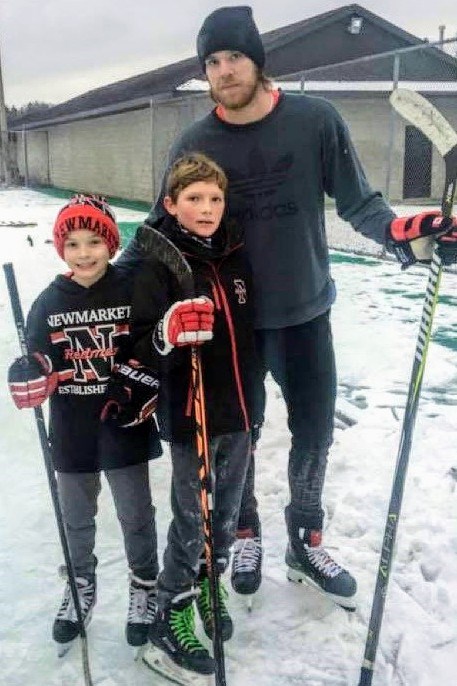 NHL centre and Edmonton Oilers captain Connor McDavid dropped by the Newmarket Lions Park Community Hockey Rink with some of his family for a leisurely skate Christmas morning much to the delight of local children Davis D'Amico (left) and Tommy Jackson. Supplied photo/Todd Jackson

NEWMARKET - Some local children who showed up at the Newmarket Lions Park Community Hockey Rink on Christmas morning were treated to more than a leisurely skate.

Resident Todd Jackson, who took son Tommy to the rink, was surprised and delighted to see hometown NHL centre and Edmonton Oilers captain Connor McDavid, skating around the rink with his family.

"It was so awesome to see a real Canadian dream," Jackson said.

McDavid posed for a photo with Jackson's son, and his friend, Davis D'Amico, who thought it was "so cool" to meet the local hockey great.