ONTARIO: Ottawa-bound WestJet passengers 'abandoned' in Cancun, left to fend for themselves

A lawyer on the flight from Cancun to Ottawa is considering legal action
Jan 9, 2019 8:30 PM By: Jenn Pritchard 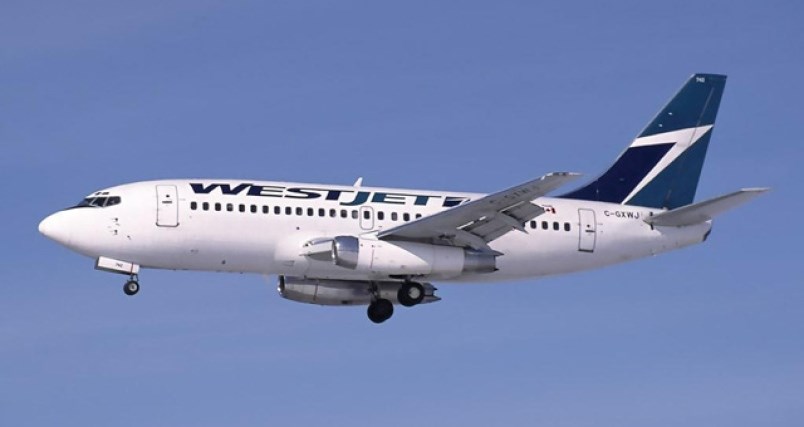 A group of WestJet passengers, flying from Cancun to Ottawa were left stuck on a tarmac in Mexico for hours, only to be sent back to the terminal.

While frustrating, it wasn't the worst thing to happen to them last Saturday.

Lawyer with Spiteri & Ursulak LLP, Chris Spiteri explained that officials at the WestJet ticket counter told them they were working to find them lodging for the night.

Eventually, the passengers were told a bus would pick them up at the terminal and take them to a Marriott for the night.

After going back through customs, the passengers got on the bus and were taken to a hostel instead.

"It went down the side road and then turned into a little dark parking lot by this red building," Spiteri explained. "The driver said, 'Okay, here we are -- off you go!"

Spiteri said that one family had gone into the hostel and walked back out, saying the rooms were awful. He said at this time some of the kids started crying while others got sick.

That's when the bus driver tried to leave. He was initially blocked by the passengers until someone got on the phone with West Jet, who reportedly explained another bus was coming to bring them to the Marriott.

The passengers let the first bus leave and left the dark parking lot to wait for the second bus at the front of the building.

When it was clear no second bus was coming, someone called the Marriott to ask about these rooms and they were told there were no reservations made by WestJet.

The airline told the passengers to get their own rooms and promised to reimburse them for the cost.

Spiteri tells 1310 NEWS this is not acceptable.

He, along with a few other passengers, managed to get a hotel room for the night and a cab to take them there safely. The next morning, the group left Cancun on a WestJet flight headed to Ottawa.

We understand the frustration these guests experienced and are committed to working with them to provide the appropriate reimbursement for accommodation, along with a gesture of goodwill. Our team is in the process of contacting all guests affected by this mistake.

We understand that the delay and subsequent cancellation was tedious and long, and that the service our guests were provided was clearly not up to the WestJet standards that we aspire to deliver. Our customer care team is in the process of contacting all guests affected by this.

He called WestJet's reaction an "apology/non-apology," as they put the blame on their booking group. Spiteri said that the airline needs to take ownership of the situation.

Now that he's home, Spiteri is starting to look at the situation from a legal standpoint.

"There's been some kind of negligence on the part of West Jet in terms of abandoning its passengers and really exposing them to danger, a disregard for their safety," Spiteri said. "You know WestJet really is very lucky that no one was hurt."

He has scheduled a meeting for the passengers from that night for Sunday, January 13. Spiteri explained that the group will be discussing whether or not they'd like to move ahead with a class action lawsuit.

WestJet released this statement to 1310 NEWS on Tuesday evening:

WestJet sincerely apologizes to our guests who were impacted by the long delay and subsequent cancellation of flight 2841 from Cancun to Ottawa on January 5. We recognize that this and the situation that followed was very stressful to all involved. We are committed to conducting a full investigation into what occurred to improve our response in the future.

Following the boarding and pushback of the flight, a mechanical issue occurred twice while in the lineup to depart. For the safety of guests and crew, the issue necessitated a return to the gate for inspection and maintenance both times. With the second issue, guests were informed that the flight would be cancelled. The aircraft was moving almost the entire time, meaning that services like water and snacks could only be offered when it was parked. We do understand how this rolling delay followed by the cancellation was an extremely tough situation for guests to endure.

Following the cancellation, all guests were offered accommodation and bus transportation for their stay in Cancun. Unfortunately the accommodations provided were not suitable for many guests due to room capacity restrictions that limited the number of guests that could stay in one room, forcing many guests to book their own accommodation.

We understand the anxiety and frustration our guests experienced and are committed to working with each of them to provide the appropriate reimbursement for accommodation expenses along with a gesture of goodwill. Our guest care team is in the process of contacting everyone affected by our mistake to offer a further apology and to provide more details regarding the situation.