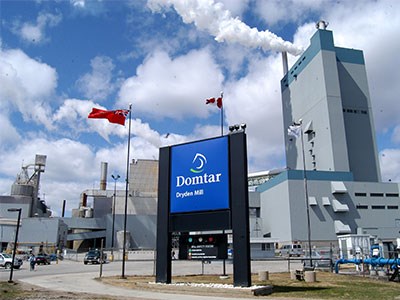 DRYDEN, ON — The ratification process begins this week for a proposed collective agreement for members of Unifor who work in Domtar's pulp mill at Dryden and in the woodlands operations.

The tentative agreement with the company affects 500 employees and three Unifor locals.

Union national representative Stephen Boon says details will be released after voting is complete next week, but adds that the contract does "achieve Unifor's Eastern Canada Pulp and Paper Pattern."

The pattern was established in May with a new four-year collective agreement between Unifor and Resolute Forest Products.

There were also hourly increases for skilled trades workers and members working in production, plus improvements in the pension plan and insurance benefits.

Members of  Local 324 will attend information meetings on Nov. 14 in Dryden and Nov. 18 at Ear Falls.

Final voting on the agreement will take place on Nov. 20.

The union's last contract with Domtar expired on August 31, 2018.