Another rebuild OK with Marc Staal

Veteran blue-liner looking forward to an expanded role in Detroit when hockey starts up again.
Oct 14, 2020 8:14 AM By: Leith Dunick 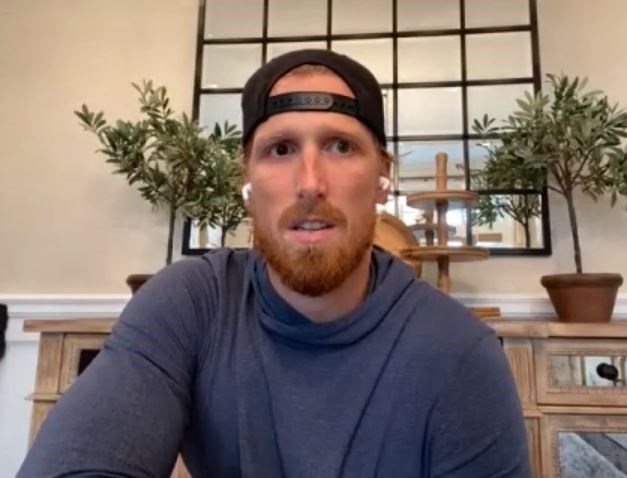 DETROIT – Marc Staal is used to the rebuilding process.

The Thunder Bay defenceman went through it the past couple of seasons with the New York Rangers, the only team he’s played for in his 13-year National Hockey League career, and he’s about to do it all over again in Detroit.

The 33-year-old was dealt to the Red Wings, along with a second-round pick in next year’s NHL entry draft, in return for future considerations.

While the Rangers were definitely a team on the way up, the Red Wings are at the other end of the spectrum, coming off a last-place season in which they were by far and away the worst club in the 31-team circuit.

Staal, in a conference call with media on Tuesday, said he’s OK with heading to a team that likely won’t be a contender in 2020-21.

Rebuilds aren’t as bad as many fans think.

“Having gone through it in New York will help me for sure. We had a lot of success in New York for a lot of years. That first year going through the rebuild in New York wasn’t easy for me, not used to being in that situation,” said Staal, who played 892 games with the Rangers, sixth most in franchise history.

“Now that I have, for the last couple of years, seen where it can go pretty quickly – we were winning a lot of games last year and it took maybe a year. You’re never really that far off and it’s just about coming to the rink believing in the guys and the system that you’re playing and getting some confidence. And then the wins will start to come.”

Like his brother Eric, who was traded by Minnesota to Buffalo in the off-season, Staal expressed shock at learning he been traded to the Red Wings, general manager Steve Yzerman helping comfort him on a post-trade phone call.

“A lot of the conversation was him trying to relieve the shock of what happened and then speak good things about Detroit and the area, which I know pretty well already. I’ve known a lot of guys that have played there who speak very highly of Detroit. That part I wasn’t really too worried about,” Staal said.

“I think the next thing was just the opportunity to come in and be a big part of the team and play some minutes and be a guy that’s counted upon every night. I’m looking forward to that responsibility and going in and playing some of my best hockey.

Despite their 17-49-5 record, the Red Wings have been busy in free agency, adding the likes of Vladimir Namestnikov, a former teammate in New York, and forward Bobby Ryan, who parted ways with Ottawa at season’s end.

Staal , taken 12th overall by the Rangers in 2005, said Detroit is headed in the right direction.

“They’re making moves to get better and the optimism is who knows how good we can be?”

“Putting the Red Wings jersey on, it’s a storied franchise and it’s going to be a lot of fun.”

Staal, who had two goals and nine assists in 52 games this past season, has one-year left on a six-year, $34.2-million deal signed in 2015 and said the trade didn’t really come as that much of a surprise. .

“I think it was coming to a close in New York, either now or at the deadline or in the summer. I could see that window kind of closing for a while now.”

Staal helped lead New York to the Stanley Cup final in 2014 and has 43 goals and 188 points in his NHL career.