Group says Indigenous leaders and residential school survivors hurt most by senator's actions were not consulted about the content of a training program Senator Lynn Beyak undertook through the University of Manitoba's law school.
Jun 30, 2020 5:26 PM By: Leith Dunick 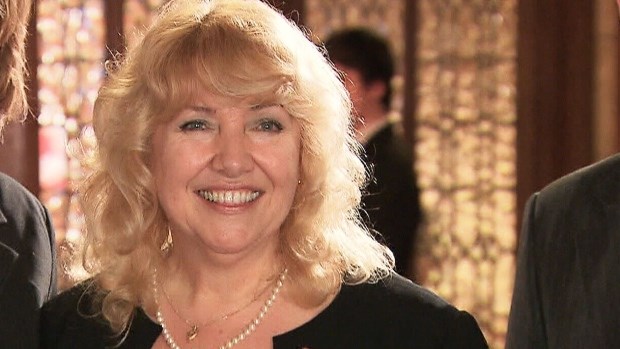 KENORA, Ont. – The coalition of residential school survivors, First Nations leaders and community advocates are not convinced a three-and-a-half day crash course on racism has made any type of meaningful impact on embattled Dryden, Ont. Senator Lynn Beyak.

The course was designed by the University of Manitoba's Robson Hall School of Law in the wake of Beyak twice being suspended from the Red Chamber after posting racist letters submitted by constituents to her official senate website. She then refused to remove them, despite being ordered to do so by a Senate oversight committee.

The group, which is seeking Beyak's permanent removal from the Senate, is asking the law school dean Jonathan Black-Branch to rescind a report he issued that said Beyak had "learned and was willing to learn" following her completion earlier this year of the online training session. The university designed and administered the course.

That's not nearly good enough, the coalition said, arguing First Nations leaders from Beyak's home region were not consulted and had no input into the course

“The call to have Senator Beyak removed from the Senate has been loud and clear ... Instead of listening to Indigenous people from the territory that Beyak represents, the people who experience the most harm, someone made the decision that academia knows better,” said residential school survivor Danielle Morrison, in the release issued on Tuesday.

The coalition told Black-Branch their sovereign nations have not received an apology from Beyak for her behaviour, adding they don't feel Beyak represents the region's interests or their minority interests. They also do not accept an apology Beyak made on Feb. 25 in the Senate's upper house.

The letters in question suggested some good came out of the residential school experience, even though the negative effects of the schools are still being felt today in most Indigenous communities in Northern Ontario and elsewhere in Canada.

Beyak initially stood her ground and refused to remove the letters or to undergo sensitivity training. She was first suspended in March 2019, but relented, only to be asked to leave a subsequent workshop for her “biased views, prejudiced opinions and insolent behaviours.”

Less than a year later she was suspended again, in February 2020.

The Senate is expected in September to vote on whether or not Beyak's suspension should be ended or extended.

Garnet Agneconeb is a residential school survivor who met with Beyak in 2017, as part of the Sioux Lookout Committee on Truth and Reconciliation,

He said it's time systemic racism is addressed in Canadian institutions, including the Senate. In fact, there's never been a better time, he said. Removing Beyak would be a good start.

“The tragic death of George Floyd has sparked global discussion on systemic racism. It is to the point now that in Canada, we have recently seen influential people being removed, or people resigning from positions of privilege due to their racism and discrimination,” Angeconeb said.