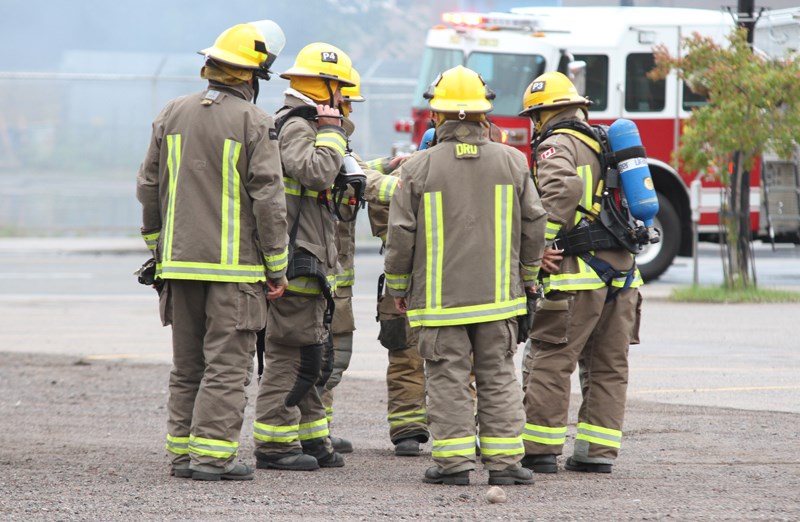 THUNDER BAY - An arbitration panel has awarded pay increases to Thunder Bay firefighters which pull them ahead of Thunder Bay Police salaries, breaking a longstanding pattern.

The retroactive award covers the three years between 2015 and 2017.

In his dissenting remarks about the decision of the arbitration panel chair, Riddell notes that there had been wage parity between city firefighters and police between 2003 and 2014. "The Chair appears to justify ignoring this compelling historical pattern by considering the salaries of firefighters in cities such as Sarnia and Barrie that are more than 1200 kilometres from Thunder Bay."

Going into arbitration, the city had asked for annual increases of 1.75 per cent over the three years, which it said would be consistent with agreements negotiated with most of the city's other bargaining units. Failing that, it asked the arbitration panel to replicate the wages of Thunder Bay Police. The current collective agreement with police includes pay hikes of 2.25 per cent for 2015, 2 per cent for 2016 and 2 per cent for 2017.

The city argued that the current economic situation in the city should be "an overriding consideration" in the arbitration and that the award "should be driven by the city's internal comparators"  and settlements with its other employee groups.

However, in its decision the panel notes that the Firefighters Association took "strong exception" to maintaining parity with local police, saying the police settlement was "abnormally low as there were other substantial non-wage improvements" in the police contract.

The firefighters argued it was more appropriate to compare their salaries with firefighters in 11 other Ontario cities, in order to move toward closing rather than widening the gap with their counterparts.

In its ruling, the panel said it found "serious problems" with the positions taken by both parties concerning wages.

It observed that if it gave the firefighters what they wanted, there would be "a dramatic realignment" of wages resulting in significantly larger premiums over local police wages.

However it also noted that if it gave the city what it wanted, Thunder Bay firefighters would fall below their colleagues in all 11 cities to an extent not seen since at least 2003.

In the end, the panel concluded that while "the local police comparator should be given significant weight having regard to the long history of fire and police wage parity" in Thunder Bay, it also accepted that "it is proper to take into account firefighter wages elsewhere."