Despite their leader’s best efforts, both local MPs will not vote with their party when it comes to the long-gun registry.
Jun 17, 2010 6:21 PM By: Jamie Smith 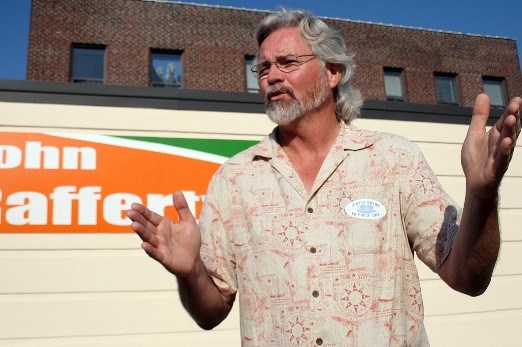 MP John Rafferty (NDP, Thunder Bay-Rainy River). (tbnewswatch.com)
Despite their leader’s best efforts, both local MPs will not vote with their party when it comes to the long-gun registry.

MP Bruce Hyer (NDP, Thunder Bay-Superior North) said NDP leader Jack Layton is doing his best to persuade Hyer and 11 other NDP MPs to vote with the party to keep the federal long-gun registry. Hyer said he hasn’t heard an argument for the long-gun registry that would make him change his vote and the only way he would is if an unfavourable amendment to the bill came up.

"I work first for Canada and I work close behind for my constituents and other factors come after those two," said Hyer. "Unless some unforeseen circumstance happens I plan to vote to end the long-gun registry."

While Liberal leader Michael Ignatieff is insisting Liberals vote with the party on Sept.21, when the private member’s bill enters its third reading, Hyer said he’s impressed by Layton’s resistance to whip the party and doesn’t expect Layton will force NDP MPs to toe the party line. Although the issue is difficult and contentious, Hyer said discussion within the party has been very professional.

"It has been earnest and fair and forthright discussion," Hyer said. "Democratic means something in this caucus."

Hyer said he thinks most of the confusion surrounding the bill comes from people thinking it would end a registry of any kind. With a Possession and Acquisition license necessary for every Canadian to legally own a firearm, Hyer said Canada already has a registry.

"The long-gun registry is a redundant system and I do not believe it is effective at all in preventing violence with long-guns," Hyer said. "It’s more well intended than effective."

While no one from the NDP has approached him directly to change his vote, MP John Rafferty (NDP, Thunder Bay-Rainy River) said he’s certainly been by pro-registry groups. Rafferty said he stands firm on the issue and will continue to vote against the registry.

Echoing the comments made by Hyer, Rafferty said he’d be surprised if Layton decided to whip the party into voting against the bill and continue the registry.

When he sent out an inquiry last year to constiuents, Rafferty said 96 per cent of those asked responded and a high percentage told him to vote down the registry. Since November, when the bill passed second reading with the help of 12 NDP members and eight Liberals, Rafferty said he’s only received around six calls for him to change his mind.

"Comparatively not a large number but it could be that people aren’t engaged in the subject or you know they don’t care," Rafferty said.