Local pharmacist says his store has been out of the vaccine for six days and he's not sure when more will arrive as the province shifts its focus to southern Ontario hot spots.
Apr 29, 2021 3:22 PM By: Leith Dunick 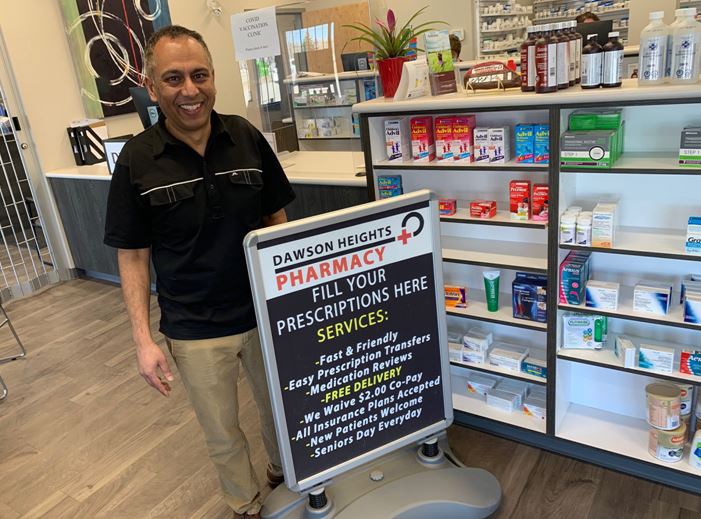 Pharmacist Vinay Kapoor, owner of Dawson Heights Pharmacy, on Wednesday said his store hasn’t had any available vaccines for six days and he’s not sure when they’ll receive any more.

“We ran out last Thursday just around 6 o’clock,” Kapoor said, saying they’ve been told the doses that should have come to Thunder Bay this week have been reallocated to hot spots in southern Ontario, the province attempting to douse rapid spread of COVID-19.

The province administered 116,173 vaccines on Tuesday, and last week averaged about 1,200 per day in Thunder Bay. But those numbers included AstraZeneca doses, administered at four pharmacies in the city, including Kapoor’s.

It’s a bit frustrating, he said. The public wants the vaccines and appointments fill up in a matter of minutes.

But it’s also understandable, Kapoor added, saying they went through all 700 doses in a six-day span.

“There’s a pent-up demand. People have been calling non-stop since the program started at the store. Since we’ve run out, the phones have been ringing off the hook as well. There is quite a bit of demand,” he said.

Their latest batch of 60 slots was filled in 15 minutes, Kapoor said. Demand has grown heavier since the province opened the AstraZeneca vaccine to anyone 40 and older. Previously it had only been available to those aged 55 to 64.

The scenario has painted a similar picture at the city’s other three participating pharmacies, the Shopper’s Drug Mart on Red River Road, Oak Medical Pharmacy on Arthur Street and the Safeway Pharmacy on Court Street.

At the first two, vaccination hopefuls sign up and await notification. At the remaining two, it’s first-come, first-served when appointments become available online.

While Kapoor said he’s not sure when they’ll receive their next batch of the AstraZeneca vaccine, he encouraged people to keep checking.