Millions of people around the world have already seen his music videos
Aug 1, 2020 4:25 PM By: Gary Rinne 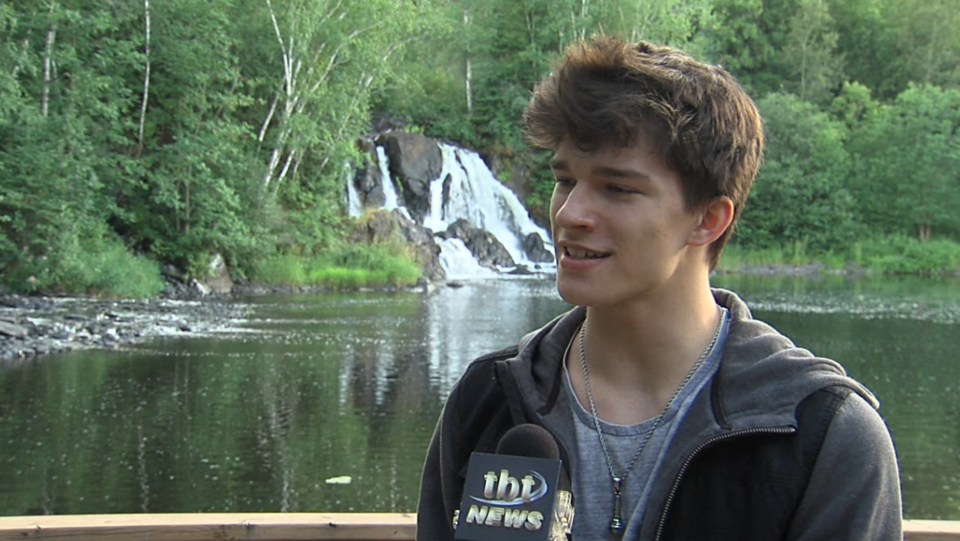 ATIKOKAN, Ont. — He's only 16 years old, but Alex Sampson's songs have already been heard by millions of people around the world.

The prodigy recently took another big step toward what he hopes will be a career as a touring singer/songwriter, by signing an agreement with Sony/ATV, the biggest music publishing company in the world.

"In five years, I want to be touring. I want to be doing live shows. That's the best part - hearing the lyrics you wrote sung back to you by your fans," Sampson said recently in an interview in his hometown of Atikokan.

One of his music videos, All That We Could Have Been, has been viewed nearly four million times on YouTube.

It was produced in Atikokan.

Sampson said he's always had a passion for music, having realized as early as Grade 5 that it was something he wanted to be involved in for the rest of his life.

He recalled that when he sang Gold by Owl City before 150 schoolmates, "It felt great. After I got off the stage, I just wanted to get right back on. That's where the dream started."

Today, Sampson gets tributes from admirers around the globe.

"I have fans in Brazil, India. It's really cool to see," he said.

During a recent visit to Toronto, a stranger spotted him in a hotel hallway and said "Alex? I love you," before asking for a photo.

It's one of the first times he's been recognized in public in another community.

Sampson said a lot of people have asked if he might someday get leery about the lack of privacy for entertainers.

"I can say this right now, 'no,' because it's not happening very much. The only time I might say 'Give me a second,' is if if I'm eating," he said. "If I have a faceful of cheeseburger, I'm not gonna wanna talk to you," he added, with a chuckle.

Last year, Sampson got a potentially life-changing break when Los Angeles photographer David Esterson spotted one of his videos on Instagram, and invited him and his father to California for photoshoots and to record some songs.

That was followed by the filming of three videos in Atikokan.

Then, in March of this year, while riding home from a store with his dad, his father surprised him by revealing "Sony wants to meet you. We're going to Toronto next week."

Sampson said "Sony really came out of nowhere...They said 'We found this video of Alex. Do you want to fly down to Toronto, and we can maybe record some songs and talk about a publishing deal?' I'm really thankful. They were great."

The publishing agreement with Sony/ATV was finalized in the last few weeks.

It means Sony will help develop him as a songwriter by arranging sessions and promoting his music.

Fans had been texting Sampson with advice to audition for American Idol to try to 'get signed,' but he said "I don't really need to do that anymore."

He suffers neither from a lack of ambition nor a lack of confidence.

Sampson aims to put out an album, and hopes to learn more about the photography end of the business, saying "I want to be the triple threat. I want to be holding the camera, recording, as I'm editing a song."

At some point, he'll likely try his hand at acting as well.

The early days of his career have been nothing but a positive experience, he said.

"Everybody I've met so far in the music world has been great."

Wherever his career takes him in the years ahead, it seems unlikely Sampson will forget where he came from.

He considers himself to be an ambassador for Atikokan.

"Everybody who's seen the videos produced here has said 'That place is so beautiful. Where is it?' I say it's the town I live in. It's Canada, and everybody knows  it's the most beautiful country on earth."