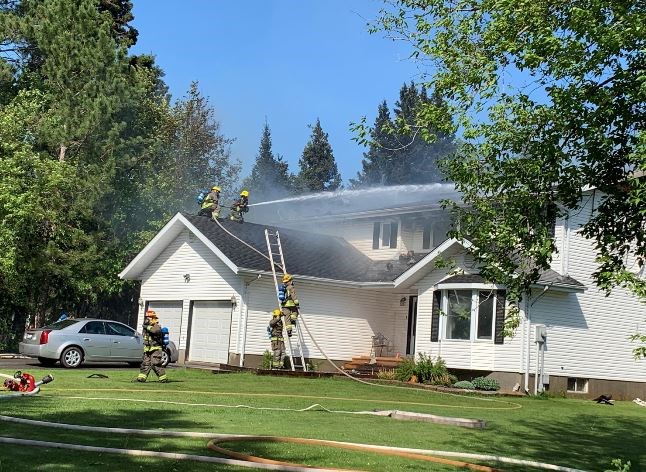 THUNDER BAY -- A barbecue fire got out of hand on Sunday afternoon, leaving a Victor Street home with extensive damage inside and out.

Thunder Bay Fire Rescue crews responded to a report of a fire at about 4:30 p.m., arriving to find heavy smoke and fire emanating from the rear of the home.

In a release, TBFR says the fire spread quickly from its origin to the rear portion of the home, then upward through the roof. High wind conditions in the area were a major factor in the fire's spread.

Multiple attack lines were unleashed, and an aggressive exterior attack was conducted, which kept the fire from spreading any further.

No one was hurt in the fire and the occupants of the home managed to self-evacuate safely.

The fire department reminds residents not to leave cooking appliances unattended, both indoors and outdoors.