Canada's health minister says it will largely be up to the province and City of Toronto to decide if the Blue Jays will be allowed to play at Rogers Centre this summer.
Jun 25, 2020 5:59 PM By: Leith Dunick 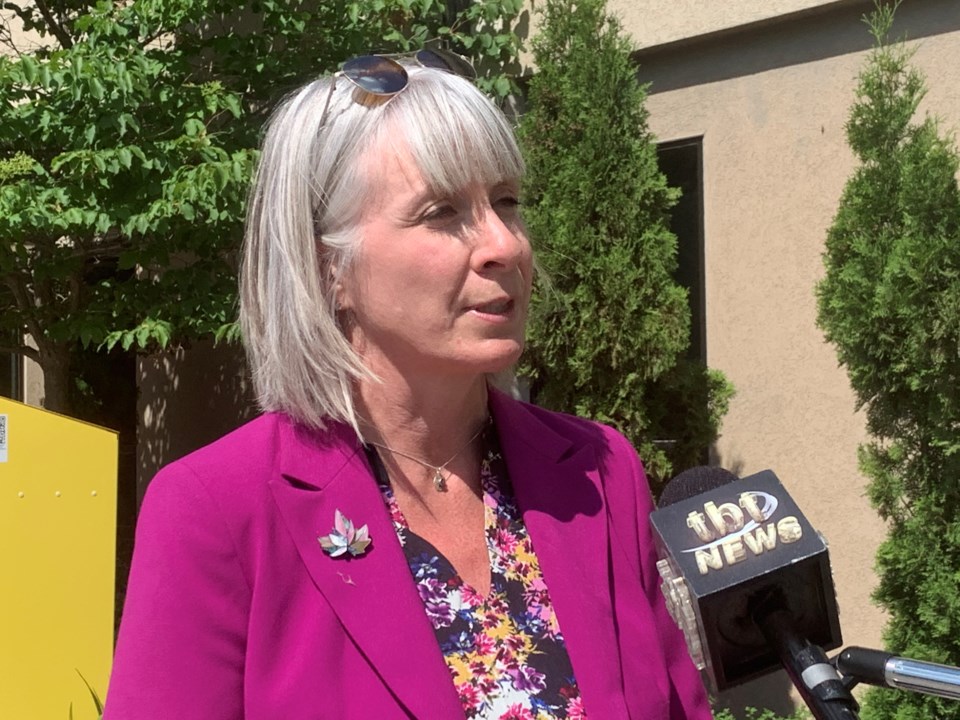 THUNDER BAY – Canada's federal health minister says the decision to allow the Toronto Blue Jays to play in Canada this summer will largely rest with provincial and municipal decision-makers.

Liberal Patty Hajdu, back in her home riding of Thunder Bay-Superior North, on Thursday said for her part, she's confident teams will be able to protect their players, who will be kept inside team-centric bubbles with limited outside interaction.

But she does have some reservations.

“You can see that some baseball players have tested positive. There's no silver bullet to coronavirus, not even being part of an organized sports teams,” Hajdu said, after leaving a meeting at the Thunder Bay District Health Unit, a facility where she once worked prior to political life.

“Having said that, some of those teams are in areas where there are a high degree of COVID-19 and this is a very sneaky virus.

“What we are doing is making sure that their plan meets the standards of public health at the local level and provincial level in which they would be located and that we have some federal understanding of how they would handle things like testing, monitoring and quarantining, etc.”

The Blue Jays are in a unique situation. Baseball, after months of bitter negotiations between the players' union and the owners, earlier this week came to an agreement calling for a 60-game season. Players have been asked to report to camp on July 1 and Toronto management have sought permission from all levels of government to hold training camp and later play games at Rogers Centre.

The border between Canada and the United States remains closed to non-essential travel and those entering the country internationally are required by law to self-quarantine for two weeks.

The Blue Jays are the only Canadian team in baseball and would have to make multiple trips back and forth to the United States. American teams would also have to cross into Canada in order for Toronto to play its games at home, starting as early as July 23.

Other options include holding the three-week training camp in Dunedin, Fla at their spring complex, but Florida on Wednesday reported a record-high 5,511 COVID-19 cases and numbers are spiking. The team also recently shut down the facility after a number of players and staff tested positive for the virus.

Nearby Buffalo, home to the Jays AAA franchise, is also an option.

Hajdu said she hasn't yet seen baseball's plan, but is satisfied with hockey's. which she has seen. Assuming baseball's is similar in nature, she believes there would be little risk to the general public if teams travelled between Canada and the United States.

“There's no interaction with the community and it's a self-contained bubble, which really limits the risk for every day Canadians. Obviously these are games that won't have spectators as well, so there will be risk reduction there,” Hajdu said, adding an outbreak within the bubble would certainly be devastating to a team and its personnel.

Asked if July 1 is a realistic goal to have the Blue Jays back in Canada, she deferred to the province and City of Toronto.

“Everybody wants to bring back organized sports and professional sports. They just need to work really diligently with local public health and with the province and territoy as well to make sure their plans are going to meet the requirements of that particular province or territory.'