Battle of Atlantic to be commemorated online

A ceremony to mark 75th anniversary of the Battle of the Atlantic will be streamed live on the Royal Canadian Navy Facebook page on Sunday, May 3.
0
May 1, 2020 10:39 AM By: Doug Diaczuk 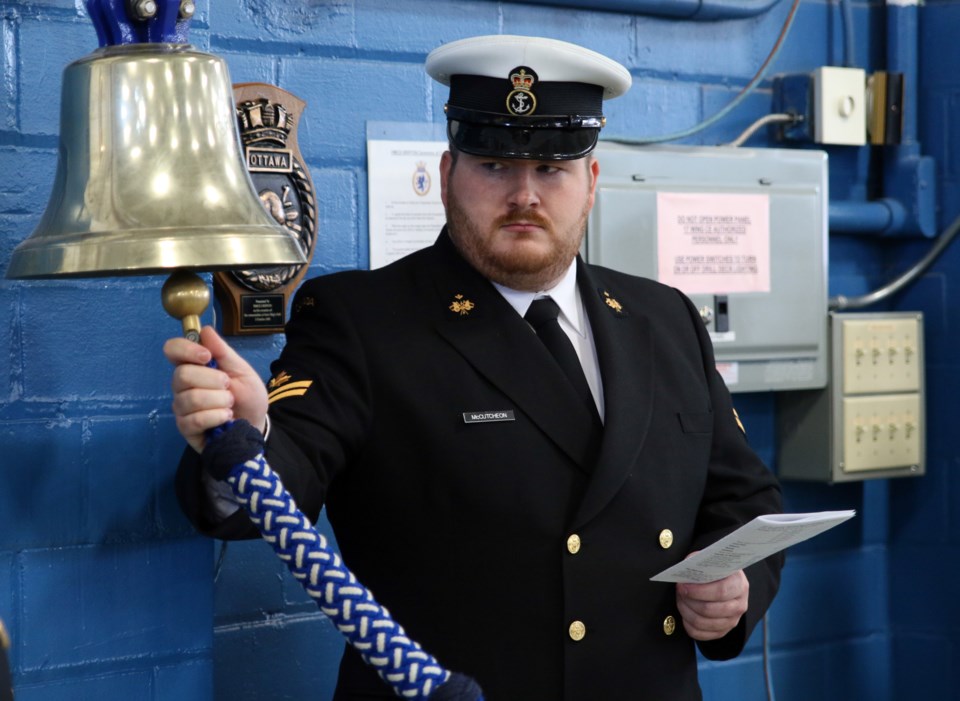 Traditionally HMCS Griffon hosts a local ceremony to commemorate the Battle of the Atlantic. (Photo by Doug Diaczuk - Tbnewswatch.com).

THUNDER BAY - With COVID-19 changing the way much of the world looks today, it’s important to remember and commemorate past events that changed the world as well.

This year marks the 75th anniversary of the Battle of the Atlantic during the Second World War and remembrance ceremonies will be taking place online.

Traditionally HMCS Griffon hosts a Battle of the Atlantic Remembrance Ceremony at the local base, but due to restrictions from COVID-19, it is asking the public to join them in the national ceremony to be live-streamed on Sunday, May 3 at 11 a.m. on the Royal Canadian Navy Facebook page.

“While we focus on the current pandemic, we are ensuring that, as a nation, we do not lose sight of those important events in our past that helped shape who we are today,” said Lt.-Cmdr. Nathanael Moulson, commanding officer of HMCS Griffon. “Keeping in mind safety around COVID-19 the RCN has focused Battle of the Atlantic 75 commemoration events on virtual activities open to all Canadians.”

Commander of the Royal Canadian Navy, Vice-Admiral Art McDonald, will oversee the ceremony.

“This event begins a year-long campaign by the RCN to commemorate the efforts and sacrifices of so many, and the crucial victory they won,” Moulson said. “While we can’t celebrate and honour in person today, we look forward to a time later in the year where we will be able to come together and mark this momentous occasion. We will reach out to you later in the year with updates on possible future BOA75 events.”

The Battle of the Atlantic was the longest single battle in the Second World War and saw members of the Royal Canadian Navy, the Royal Canadian Air Force, and the Merchant Marine, along with its allies, brave the treacherous conditions of the North Atlantic.

Lasting from 1939 to the end of the war in 1945, RCN personnel, aircrews, and members of the Merchant Marine battled heavy weather and the ever-present threat from German U-boats to transport vital supplies to Britain to help maintain the war effort in Europe.

“Today Canada is, once again, being tested as a nation during this global pandemic,” Moulson said. “Members of our ship's company are presently deployed within our borders to help those in need as a part of the Canadian Armed Forces’ domestic operation against the threat of COVID-19: Operation LASER.”

“At the same time other sailors stand ready to respond to seasonal flooding, evacuation of northern communities, and serving at sea in the fleet. While the threats may have changed, the need for our navy, and the commitment of our sailors, has not.”