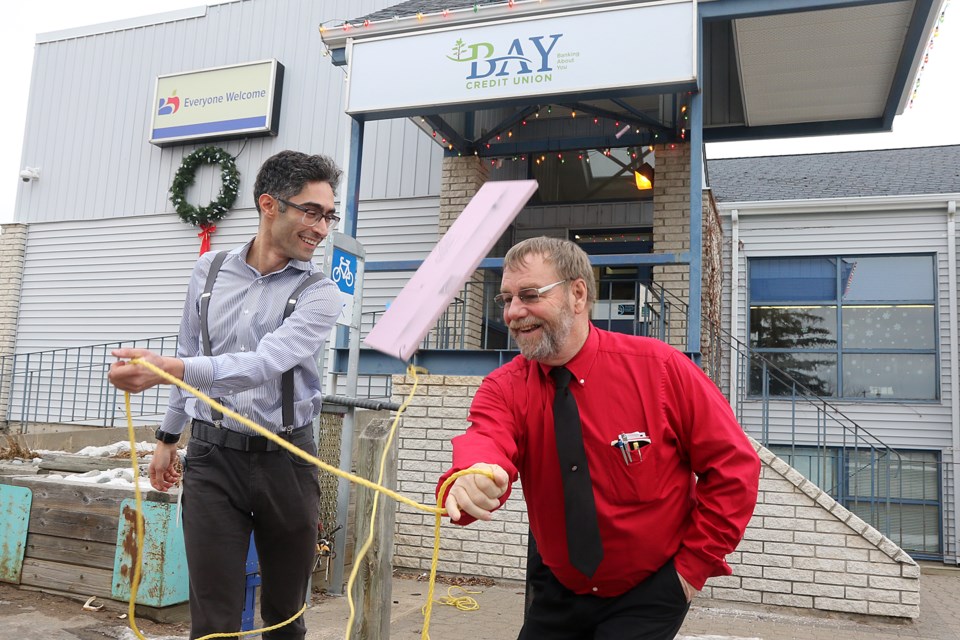 THUNDER BAY – The more things stay the same, the more they change.

After nearly 75 years in business, the financial institution was looking for a new name, something to resonate with the people of Thunder Bay.

When all was said and done, they decided to rebrand with the same name – but a new message.

Lynne Legros, the credit union’s CEO, said they felt they weren’t necessarily reaching the people they needed to reach.

“We were kind of in a silo, with the same membership we’ve had in the past. We know we have to grow, so the best way to grow is to approach the people who will help us grow and need our assistance for themselves,” Legros said.

Instead, Bay Credit Union offers services that will actually help people grow in their life and achieve their goals, Legros said.

“More or less we’re here to help people along the way,” she said.

“I’m hoping this gives us the ability to do that. We can’t just put this name up and stop there. We’re going to have to be working on the name the whole time.”

Bay Credit Union was founded in 1946 as the People’s Co-operative, switching to its current name in 1975.

Four years ago it merged with Apple Community Credit Union.

Police seek missing Couchiching First Nation man
Jan 22, 2020 6:11 PM
Comments
We welcome your feedback and encourage you to share your thoughts on this story. We ask that you be respectful of others and their points of view, refrain from personal attacks and stay on topic. To learn about our commenting policies and how we moderate, please read our Community Guidelines.