Franchise and players will. be loaned out to Bismarck, N.D. where they'll play this summer in a three-team pod and be known as the Flickertails.
May 26, 2020 4:56 PM By: Leith Dunick 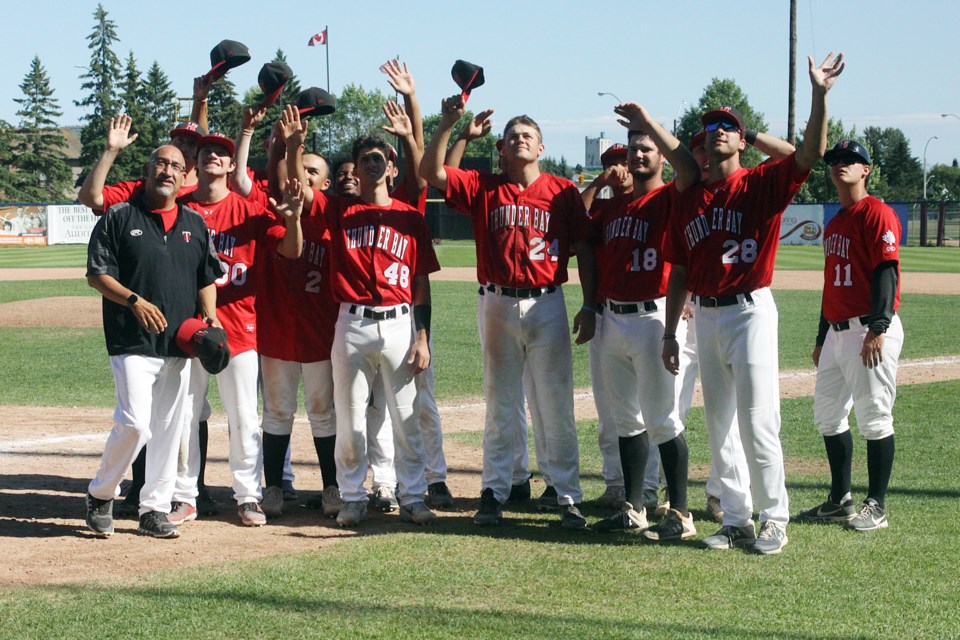 Team general manager Tony DiPaolo on Tuesday confirmed the Northwoods League team has agreed to suspend operations for the 2020 campaign, instead lending the franchise and its American-born players to a newly created team in Bismarck, N.D. to be known as the Flickertails.

A dozen Canadian players signed to the Thunder Bay roster will not be able to participate until border restrictions are lifted.

The Canada/U.S. border is closed until at least June 21, with no guarantees it will open anytime soon at that point. People entering the country are also subjected to a mandatory 14-day quarantine. Team officials felt they were left with little choice. The lack of clarity on fans being allowed at Port Arthur Stadium was also a factor, for a team with a hefty six-figure budget.

DiPaolo promised the arrangement is for one season only and the Cats will be back in Thunder Bay in 2021.

“The team is just on loan. It saves us from playing the waiting game with the border and it was getting very close to a deadline,” DiPaolo said. “We needed 40 games at least for it to be viable as a business. So with the uncertainty ... and this option being available to us, we decided to take it.”

He said it arose out of a suggestion from the league to temporarily loan the franchise out to play in a three-team pod in Bismarck, where COVID-19 cases have leveled off in recent weeks.

It’s something that could play out across the Northwoods League, as individual states begin lifting coronavirus restrictions.

“As Minnesota rules and Wisconsin rules open up, teams that are situated in those vicinities can play. North Dakota is one state who had a lot of their restrictions lifted and has the ability to play sports with fans – with social distancing rules and restrictions,” DiPaolo said.

“They only have one team, so it was pitched to us to give the players the ability to play this summer and give our team on loan to North Dakota. We mulled that over and decided it would be good to let the American-born players have a chance to play and not be limited by us waiting to see if the border opens or if it even will open.”

DiPaolo said the fate of manager Mike Steed remains up in the air. As a Canadian, he’s bound by cross-border restrictions, but said he hopes to join the team when allowed. The team’s two American coaches, Kyle MacKinnon and Brendan Kelly, will stay with the temporarily located team.

The new team, which will join the existing Bismarck Larks, will take on the expenses of playing in the three-team league.

Players will be housed in hotels, rather than at billet homes.

DiPaolo said the Border Cats have had limited expenses to date in 2020, the major costs being travel and game-day operations.

He added the team will be discussing its year-to-year lease of Port Arthur Stadium with the city.

Team president Dave Valente said it’s not the situation ownership envisioned for the team, which was set to enter its 18th season, its second under Grand Slam Sports and Entertainment.

“It’s extremely unfortunate that we won’t be able to play baseball this summer in Thunder Bay, but with the current state of this pandemic, it is out of our control,” Valente said.

The Cats were supposed to open their 2020 season on Tuesday at home against the Eau Claire Express. The three-tean circuit is expected to kick off on June 15.