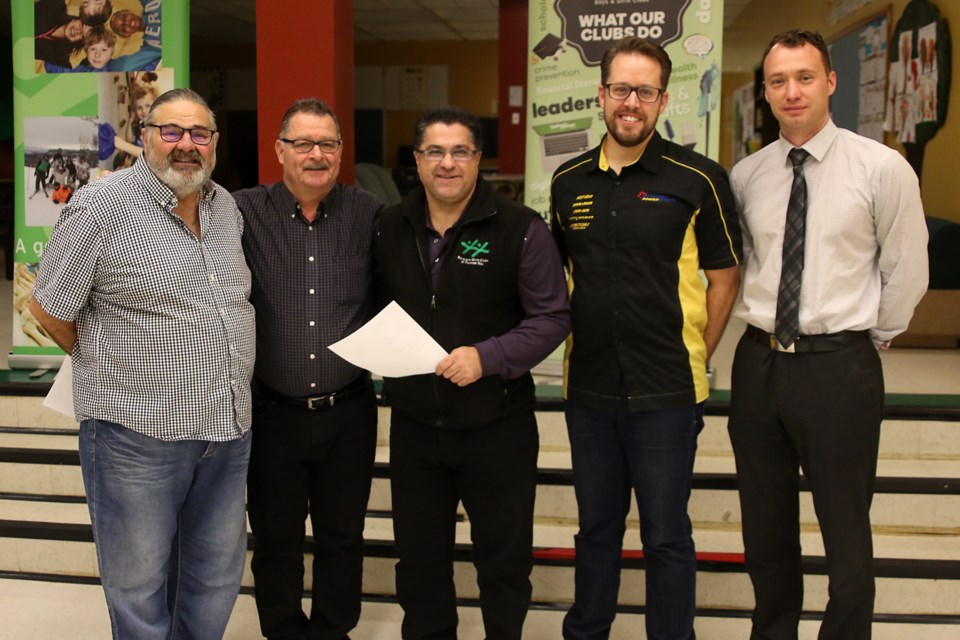 THUNDER BAY – Albert Aiello says increasing Ontario’s minimum wage to $14-an-hour will cost the Boys and Girls Club of Thunder Bay in the neighourhood of $50,000 a year.

To help offset the added expense, the organization has partnered with Half-Way Motors Power Sports to create the Snowman Poker Run.

“Being a true non-profit organization, receiving no core funding of any kind from any level of government, anytime we can enter into a venture that’s going to raise funds for our organization is important,” said Aiello, executive director of the Boys and Girls Club of Thunder Bay.

“The economic climate now, with the minimum wage going up drastically affects our programs and services, so this is really one way to help offset it a bit for the coming year.”

Aiello said the Boys and Girls Club has about 32 employees, most of whom earn the minimum wage, adding he’ll have to increase their pay in the new year, with another hike to $15-an-hour expected to kick in on Jan. 1, 2019.

Halfway’s John Trevisanutto said the route will be about 130 kilometres long, starting at the MacKenzie Inn, with a lunch break at the Dorion Community Centre.

It will use a hybrid of snowmobile trails, including those formerly used by Thunder Bay Adventure Trails.

For those not familiar with a poker run, snowmobilers collect a sealed envelope containing a single playing card at each of five stops, then turn them in at the conclusion of the ride.

“The entry fee is $50 and that includes a light breakfast, lunch and your T-shirt. One of the big things we’re trying to push is pledges. We are really encouraging people to get out and collect pledges. The Boys and Girls Club, like a lot of organizations now, are really struggling for funding and it’s a great way to bring some money in,” Trevisanutto said.

The event was originally scheduled for January, but because of warm fall weather, they’ve decided to push it back to March 3 to ensure river ice is thick enough to support machines and riders.