Budget 'stays the course' as city receives less outside funding 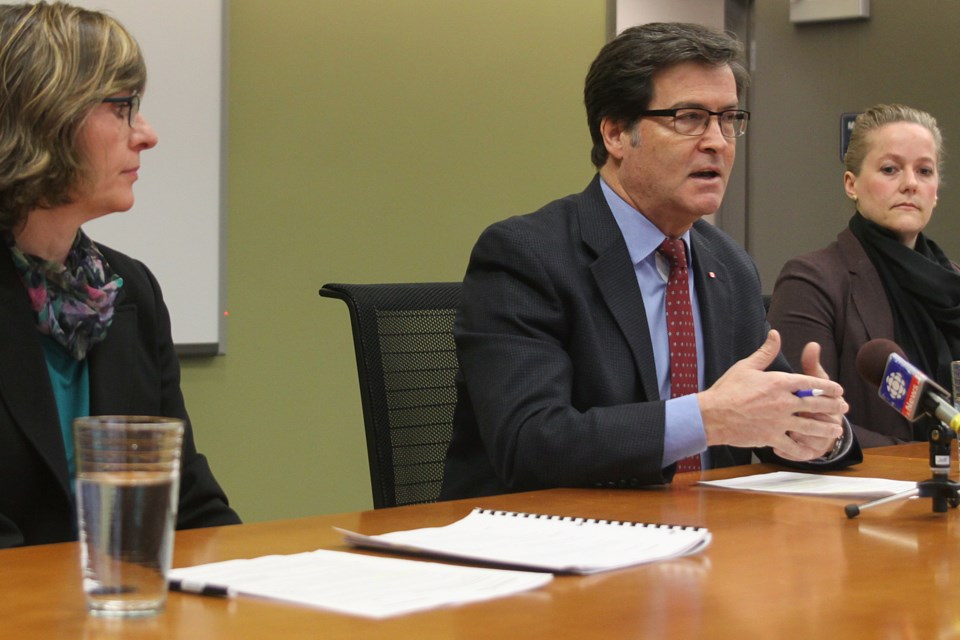 THUNDER BAY – A lack of matching infrastructure dollars has taken a bite out of the city’s ability to undertake capital projects.

Thunder Bay’s proposed budget would bring gross capital spending down by 17 per cent from 2017 amounts, despite the city remaining consistent with its net capital contributions from the previous year.

“It’s absolutely vital we leverage as much federal and provincial funding as we can. We’re always trying to identify funding opportunities and making sure we apply at every opportunity,”

The city’s draft gross capital budget is $63.4 million, which is $13 million less than last year. The city’s net capital budget – the amount paid by the city from the tax levy – of $16.4 million is a slight increase from the 2017 levels.

The proposed budget, which will be subject to deliberations and debate in council chambers over the coming month, starts with a tax levy hike of 3.61 per cent. That amounts to 2.9 per cent to existing taxpayers after factoring in growth.

Coun. Frank Pullia, the budget chair, said the city has been able to absorb the hemorrhaging of $20 million over recent years from industrial property reassessments with roughly half of that loss made up through finding efficiencies.

“This is a budget that stays the course in terms of not reducing services but maintaining investments while living within our means,” Pullia said.

In addition to the less federal infrastructure funding, the city's accountants had to navigate a reduction of $1.8 million that had previously been allocated to Thunder Bay from the Ontario Municipal Partnership Fund, dollars that Pullia said would have been used to keep the levy increase down.

"Staying at or below the level of inflation is a worthy goal and if we didn’t have the reduction in the OMPF fund, we would be at less than two per cent (after growth) right now,” Pullia said.

A major capital project tentatively on the books is the $4.2 million rehabilitation of the Main Street Bridge.

“It will require significant staging because it does require some significant concrete repairs,” acting city manager Kerri Marshall said.

“That is a large capital project that does take account for a large portion of our capital project within our engineering division. As a result, other projects have had to be deferred to later years in order to accommodate that work.”

The final phase of Golf Links Road and Junot Avenue work has been delayed to 2019 and the resumption of Balmoral Street reconstruction has been put aside to 2020.

The draft budget includes significant expansions for Superior North EMS, which would receive an additional $588,000 to hire eight new full-time equivalent paramedic positions along with $695,000 for six new emergency vehicles, including four ambulances as part of its scheduled vehicle replacement.

“We have an aging population and in the last year alone we’ve had a 20 per cent increase in emergency calls,” Pullia said. “There’s an opioids crisis in the country. We’re not immune to that. Thunder Bay is seeing more addictions and those kind of calls that are becoming more crucial. We need to make sure those services are available when needed, as needed.”

City council’s series of budget meetings will kick off next Tuesday when they are presented with a long-term financial overview. A public pre-budget deputation meeting is scheduled for Jan. 11 and the first of four budget review meetings will be held on Jan. 16.