The key to a rejuvenated and successful downtown is having a place to live. At least that’s Sean Serino’s theory.
0
Mar 8, 2013 2:37 PM By: Jeff Labine 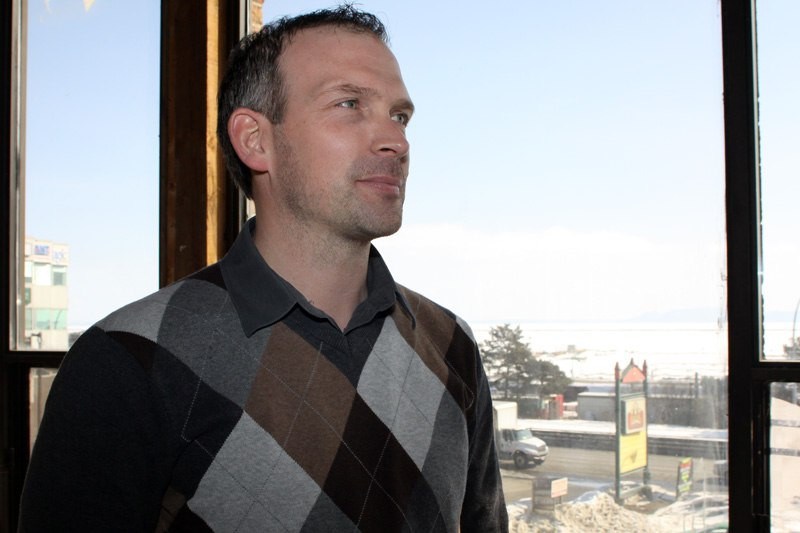 The key to a rejuvenated and successful downtown is having a place to live.

A partner with Superior Lofts, Serino believes residential space will be one of the major factors to help rejuvenate the north core’s downtown. Superior Lofts took over the former Kilroy’s Bar and Grill on Cumberland Street and plans to transform the space into condominiums.

The top floor will be for nine loft-style residential condos while the bottom will be used for commercial space.

Last summer the company went into the former bar and looked at the existing structure. After figuring out what could be saved, the construction crews started an extensive demolition of the inside of the building.

Serino said they’re now starting from the ground up by working on the electrical and water.

“Taking these unique lots and urban infill is the key to the success of any city,” he said.

“Thunder Bay has a long history of sprawling out and using any vacant land we can. I think it’s time to turn it back and find a centre and move towards it and find something that we can all gravitate to.

Serino said the price isn’t that high given the development that’s happening in the city. Factor in the square footage being sold, and Serino believes the price suddenly becomes more reasonable.

He suspects tenants most interested in the new lofts would be young professionals or even young families.

He hopes to have the lofts ready for people to move into within two years.

“We’re going to try and bring back the building back to its original character as much as we can,” he said.

“There was a few problems with the structure but it wasn’t because of the original structure. It was more neglect over the years. The structure is in a good shape. Some areas were a bit rougher than others that goes without saying but we’re trying to keep what we can.”

Mayor Keith Hobbs said he was excited about the development.

The Port Arthur downtown has been designated the entertainment district as well as the site for the proposed event centre.

With major draws like Rib Fest and the Blues Fest, the mayor said it’s becoming a real attraction for people to visit.

He believes the area has already rebounded.

“It’s another piece of the transition of Thunder Bay,” Hobbs said. “This is another indication that we’re building our downtown cores. They’re out of my price range obviously but they’re nice additions to the downtown.”

He added that the city has to do work in the south side as well. Specifically, the mayor wants conditions on Simpson Street and Victoria Avenue addressed.

“The more people live in the downtown the more it creates a safer environment because you have more people walking around and looking out their windows,” she said.

“I think people can see within the last year and a half to two years we’ve had at least six new businesses come in. It’s already becoming more vibrant.”

Cooper-Rochon added that they’re now looking forward to Phase 3 of the proposed event centre, which still needs financial commitments from both the federal government and province.

Earlier this week, At-Large Coun. Larry Hebert voiced concerns that Prince Arthur’s Landing was too congested during the annual Summer in the Parks event because it fell on the same day that boaters held their races.

Hebert, a vocal advocate for the Innova Park site for the proposed event centre, suggested moving the concert event to another day because he received complaints that there weren’t enough places to park.

But while Hebert sees a problem, Cooper-Rochon sees opportunity. She said it’s a good sign when a downtown is busy.

“No parking is not a bad problem to have,” she said. “It means that its busy and vibrant down here. We have two municipal parking lots and if you were to check you’d probably see that they aren’t full. I know it is busy here at night but in any other bigger cities you go to you have to walk to go to places.”