City police have charged the bus driver involved in a collision with a pedestrian.
Dec 24, 2013 8:31 AM By: TbNewsWatch.com Staff 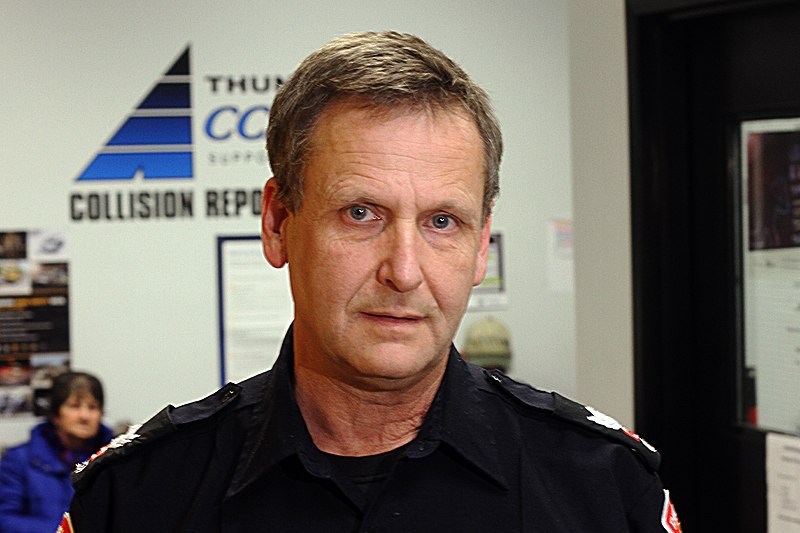 City police have charged the bus driver involved in a collision with a pedestrian.

“The officers have concluded a lengthy investigation and it has resulted in a charge of careless driving against the city transit driver,” said Thunder Bay Police Services traffic Sgt. Glenn Porter on Tuesday morning.

Police say Audrey Kahkonen, 72, was crossing Algoma Street at the intersection of Waverly Street at 7 p.m. on Dec. 12 when she was struck by the southbound Thunder Bay Transit bus.

She remains at the Thunder Bay Regional Health Sciences Centre where she is listed in serious condition.

“I understand there has been some improvement and we’re hoping for the best for her,” Porter said.

Porter said he could not comment on the current status of the driver with Thunder Bay Transit.