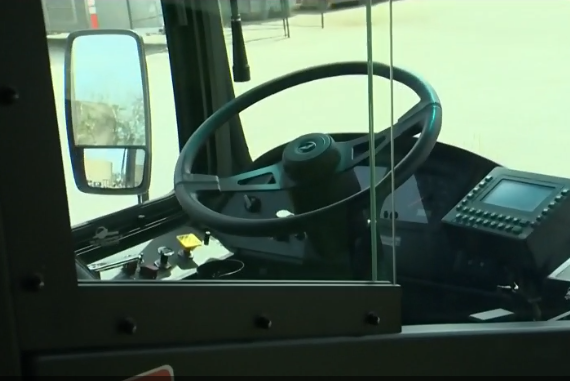 THUNDER BAY — Thunder Bay Transit drivers lobbying for the immediate installation of fleet-wide safety shields will have to wait for a pilot project to be conducted first.

City administration plans to install the shields on two buses by early March.

Their effectiveness will be monitored for six months before a final decision is made on the specific type of shield to be acquired for all 48 vehicles in the fleet.

Administration had planned to complete the installation in 2022, but it could happen sooner than that.

Earlier this month, the Amalgamated Transit Union marched on city hall demanding protective barriers for transit operators in the wake of three recent assaults on drivers.

"We need something now. Sometimes processes can take a long time, and I think we've talked about this enough that we need it to move forward," said ATU Local 966 President Ken Koza.

In a recent memo to council, Community Services General Manager Kelly Robertson said funding for the $500,000 project is currently included in an application to the federal government's Invest in Canada infrastructure program, with a proposed 2022 implementation date.

However, Robertson said if council chose to accelerate the project, it could be moved to 2021 by deferring another application to replace an aging bus.

"Administration is sensitive to the safety concerns of transit operators... The safety of passengers and the general public are also of the utmost importance," she said in the memo.

Mayor Bill Mauro said Monday he plans to introduce a resolution at council on Jan. 20 in support of the two-bus pilot project.

Winnipeg is among a number of North American cities that have already installed the devices.

Conversion of all 630 Winnipeg Transit buses is expected to be completed by March.