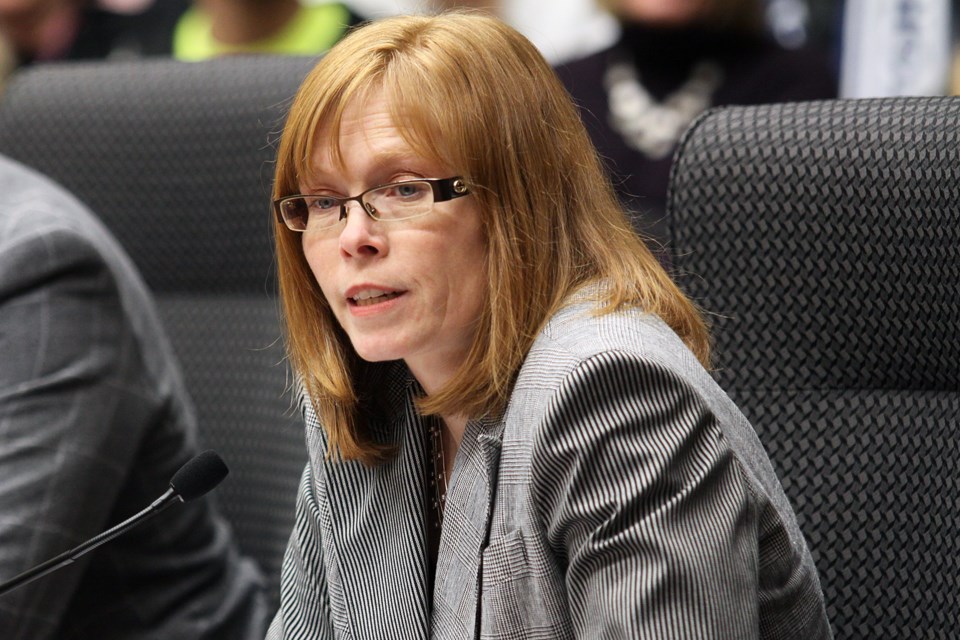 Thunder Bay Chamber of Commerce president Charla Robinson urged city council to do everything in its power to contain tax hikes. (File photo)

THUNDER BAY – Thunder Bay’s city council was urged to do everything possible to contain municipal tax hikes as it heard public feedback on the proposed 2021 budget.

Thunder Bay Chamber of Commerce president Charla Robinson called on councillors to aid businesses and residents struggling under the pandemic by trimming its tax levy.

The levy, representing the total amount collected from taxpayers, is set to rise by 2.15 per cent (2 per cent after growth) in a draft budget proposed by city administration. The impact on individual homeowners varies based on property values and education tax rates.

“During these exceedingly difficult and uncertain times, the 2021 budget process is an opportunity for city council to provide an economic shot in the arm to taxpayers by taking every possible step to reduce its spending, and the subsequent tax levy increases," Robinson said.

“Every reduction you make acknowledges the hard reality confronting many of our citizens, demonstrates empathy with their struggles, and leaves a little more money in their pockets for daily purchases.”

Survey responses from local businesses showed the pandemic was an existential challenge for a substantial minority, she told councillors.

Nearly half said COVID-19 was having a significant impact on their operations; More than a third had lost over $100,000 in revenue by November, while 16 per cent anticipated going out of business entirely, Robinson said.

While she praised the municipal government for offering some extra COVID-19 support for businesses, Robinson said lowering the property tax burden was the biggest help the city could provide.

Coun. Aldo Ruberto suggested the city could temporarily reduce its tax levy in 2021 by dipping into its financial reserves, specifically its stabilization reserve fund, meant to help balance the city’s budget in case of unforeseen costs.

That idea found little favour with the long-time chamber president.

“I appreciate you recognize that this is a crisis, especially for our business community,” Robinson said. “The concern is, if you’re not actually cutting expenditures, we’re going to pay for it later. If you take the money out of the piggy bank, then [it] won’t be [there] next year… and then you’re going to have to raise taxes to replenish the piggy bank.”

The city was already making tough choices to lower spending, Ruberto said, citing actions like a hiring gap policy expected to save $1 million this year, and the program and services review that identified opportunities for long-term savings.

However, he called on the city to do more, pointing to Montreal’s decision to freeze residential and commercial property taxes in 2021, and a zero per cent budget increase requested by Toronto police.

He contrasted that with a nominal 2.5 per cent increase sought by the Thunder Bay Police Service, while arguing the increase was in fact higher, but hidden by the city’s reporting practices.

Increases to police spending will account for nearly half of total tax hikes since 2018, he said, if council passes the proposed budget.

Police spending would have grown by over $6 million in that time, compared to a roughly $14 million increase to the tax levy.

“This is why I ask for a service review of the police service, to see if these costs are justified,” Wojak said.

He also raised concerns the city's budget documents papered over the true jump in policing costs, which stand at over $47 million in the proposed budget.

The city's documents indicate that's a 2.5 per cent increase from 2020, although it’s about four per cent higher than the figure city council approved last year.

The city reallocates funds from a wage contingency budget line to any departments that see negotiated increases, she said.

“It’s actually quite common for other city departments,” she said. “[It] often results in the approved budget in the book from one year to the next being different.”

For Wojak, however, the practice risked deceiving the public. He implored council not to grant the full increase requested by police.

“Give them the 2.5 per cent, but base it on the budget that was approved last year by council,” he said, “and teach them to show the numbers correctly, because this appears to be a total con job.”

Another group, Poverty Free Thunder Bay, renewed its call for free transit – an idea city council voted unanimously to study in December – while acknowledging the pandemic might set that project back.

“We understand this might not be the year when you implement a one dollar fare reduction and one fare-free day per month,” as the group had asked, said representative Aynsley Klassen.

However, the group maintained it was unconscionable to raise bus fares during the pandemic. The proposed budget would increase the costs for 10-ride passes, monthly passes, and the seniors' annual pass - though not for single-ride fares, which would remain at $3.00.

Another deputation came from the Friends of Chippewa Park, which encouraged the city to reopen the RV park located there, anticipating an uptick in domestic interest as the pandemic continued to limit travel in 2021.

A final, written deputation came from a property owner concerned with road standards and a lack of improvements in the Jumbo Gardens area, specifically near Valley and Toivo streets.