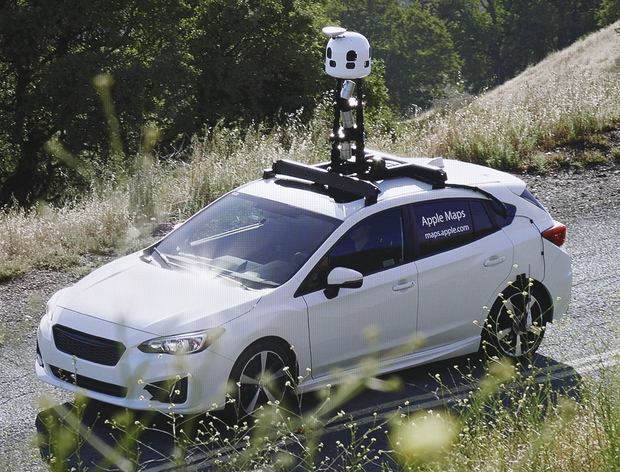 Apple Maps vehicles will be touring Canadian cities until November

THUNDER BAY — Thunder Bay residents this week are spotting cars with strange-looking cameras mounted to the tops of the vehicles.

Apple has dispatched a fleet of camera-equipped cars across Canada to gather data and images for future Apple Maps updates including its new Look Around feature, the company's answer to Google's Street View.

The tech giant announced the Canadian project in May.

"We'll be capturing road details, signage and landmarks...to make the most accurate and useful Maps experience possible...We plan to publish this data in a future product update," a published notice stated.

The company has said it will censor any faces and license plates on images that are used in Look Around.

"We are committed to protecting your privacy while conducting these surveys," it stated.

The Apple cars are marked with Apple Maps signs, "so you'll always know it's us," the company said.