Youngsters learn how to code and that there's a network of young women like themselves interested in a field typically dominated by men.
Dec 12, 2019 2:22 PM By: Leith Dunick 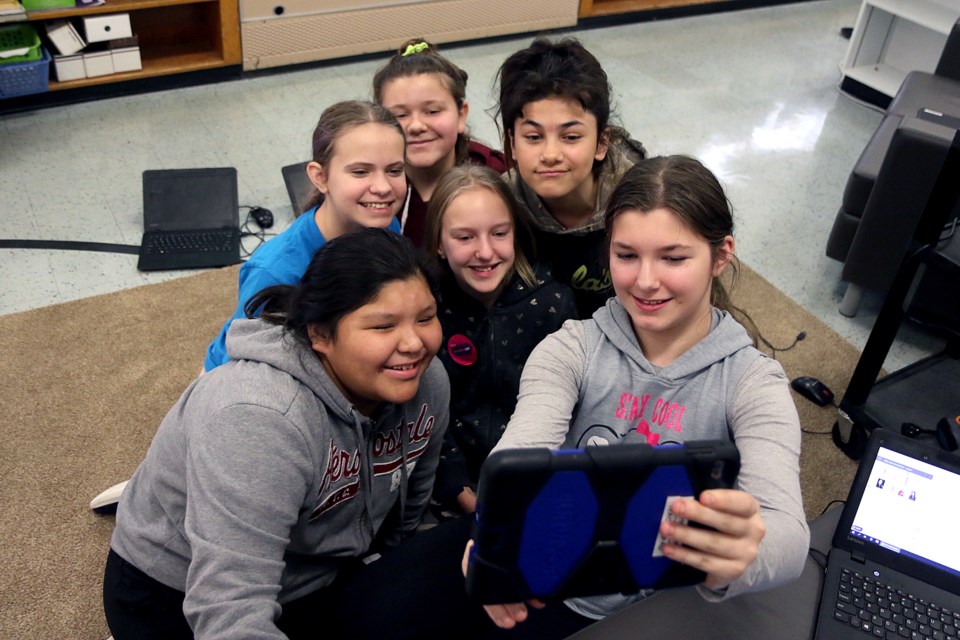 A group of female students at C.D. Howe Public School took part in the Hackergal conference on Wednesday, Dec. 11, 2019, joining thousands of other girls across the country learning the importance of coding.

THUNDER BAY – Ella Code may be the most aptly named Hackergal of them all.

The 12-year-old Grade 7 student at C.D. Howe Public School on Wednesday joined thousands of other girls her age across the country, taking part in the virtual Hackathon for Computer Science Education, an attempt build a network of female coders in Canadian schools.

Ella the event was a perfect match for her interests.

“I did a little bit of block coding and computers have always been an interest of mine. I’ve been fooling around with computers, trying to make them do different things. We used to break into websites and play around with the functions on websites,” she said.

She sees the world of coding as a world of opportunity for women and girls of all ages.

“For your career, you have a lot more job openings if you can do something like this. Because there aren’t a lot of women in there, we need a couple more role models,” she said.

The Hackergal process has taught her a lot, added Ella, one of six girls taking part in this month’s event.

“I’ve learned it’s a lot easier to do coding when you’re working with a team and that text coding is a bit easier than using blocks,” she said. “I think I’m going to keep working with computers a lot.”

School-mate Charlotte Moonias, said doing the work together was a valuable lesson.

“I learned that we can all work as a team,” the 11-year-old Grade 6 students said.

Teacher Daniel McCreery, a teacher at the school, said it was important to get the group of female students involved in the nationwide event to show them that they’re not alone.

“There are girls all over doing the same thing, so it’s kind of inspiring to see,” McCreery said.

“They take away that they can do it and they can take away things like their team-building experience a as well as being able to code animation, make things move and just to know that’s something that’s available to him.”

McCreery said he’s hopeful to get more schools and students involved at the next Hackergal event in the spring.

“I’ll reach out to a few other teachers from other schools and see if I can get them involved as well,” he said.