City asks residents to weigh in on public surveillance program

Online survey for Eye On The Street renewal program will be available until April 16.
Apr 10, 2021 4:24 PM By: TbNewsWatch.com Staff 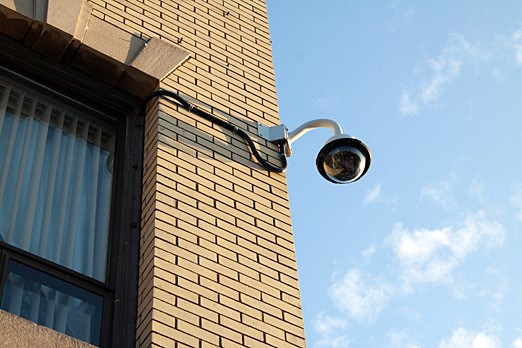 The City of Thunder Bay is seeking feedback on its Eye on the Street program. (File photo)

THUNDER BAY – The City of Thunder Bay is looking for public feedback ahead of a major overhaul of its CCTV camera system.

Overseen by the city and operated by Apex Security, the Eye on the Street program involves a system of 13 closed-circuit cameras to monitor public areas in the two downtown cores.

The City and Thunder Bay Police Service are set to spend around $400,000 renewing the CCTV camera program beginning this year, adding new locations and fully replacing major hardware and camera equipment for the first time since the program launched in 2005.

Half of the funding was secured by police through a Ministry of the Solicitor General grant, which will be matched with municipal capital dollars.

Members of the public can learn more about the program, and provide feedback, at the city’s website.

The deadline to fill out the online survey is April 16.

Some city councillors had questioned the program’s effectiveness last year before ultimately approving the capital expenditures.

City staff said the program remained worthwhile, arguing the declining numbers showed the cameras’ effectiveness as a deterrent, and pointed to the need for upgrades.

The camera program is used to flag incidents requiring an emergency response, and can also be accessed by police in the course of their investigations, subject to numerous restrictions intended to protect privacy and prevent the system from being accessed unnecessarily.

More rarely, individuals can apply to access footage of themselves under Ontario's Municipal Freedom of Information and Protection of Privacy Act (MFIPPA).

The city is required to advertise the locations of the cameras online and with signs indicating when residents enter their view. Numerous other restrictions are spelled out in the program's code of practice.