Environmental concerns limit the cleanup to litter, leaving driftwood in place.
Sep 10, 2020 9:02 AM By: Gary Rinne 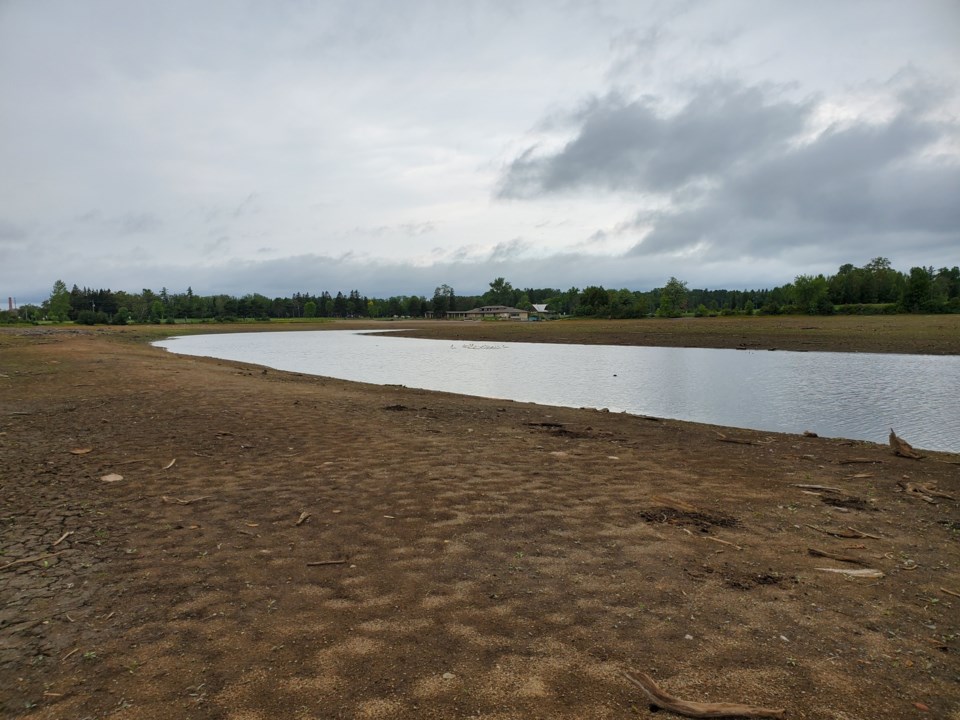 The draining of Boulevard Lake exposed the debris that had collected on the bottom over a period of years (tbnewswatch.com)

THUNDER BAY — The draining of Boulevard Lake for repairs to the dam has given the City of Thunder Bay a chance to do some cleaning up around the dry lakebed.

Driftwood, though, will stay where it is.

Parks & Open Spaces staff have been assigned to pick up accumulated litter, as work schedules permit, with a focus on beach locations.

City administration considered organizing a volunteer cleanup, but decided it had limited staff capacity to put that together.

In a report prepared for city council, administration says "there is limited litter on the lakebed surface, but some does exist, including some large items like tires."

A decision was made not to remove driftwood from the lake bottom on the grounds that it serves as fish habitat.

The report notes that there is limited natural structure for fish under the water such as rock ledges and large boulders.

Administration says it also decided against a cleanup of organics at the beach locations.

A review of Boulevard Lake's baseline water quality tests which were done for the rehabilitation of the dam showed that the water meets provincial water quality objectives.

This means any organics are not affecting water quality in a way that would negatively impact aquatic life and recreational uses.

Tests of lake bottom sediment which were also done for the dam project showed sediments are "generally" compliant with provincial objectives.

The report says further detailed study would be needed to identify the extent of the required work and environmental concerns, and that a work plan would be required to mitigate these issues.

Permits would also be needed from several government departments and agencies.

Finally, administration addressed the feasibility of dredging a channel in the lakebed to upgrade the dragon boat course course to international standards.

Although a 2010 study identified mechanical dredging with hydraulic excavators as the preferred method, it also pointed to several complexities, including the costly relocation of fibre optic lines and trunk watermains.

The report says if a channel were contemplated in future, the watermains could be replaced using a trenchless method, saving considerable money in environmental studies and construction costs.

However, administration describes this as a "long-term project" that would require further study.