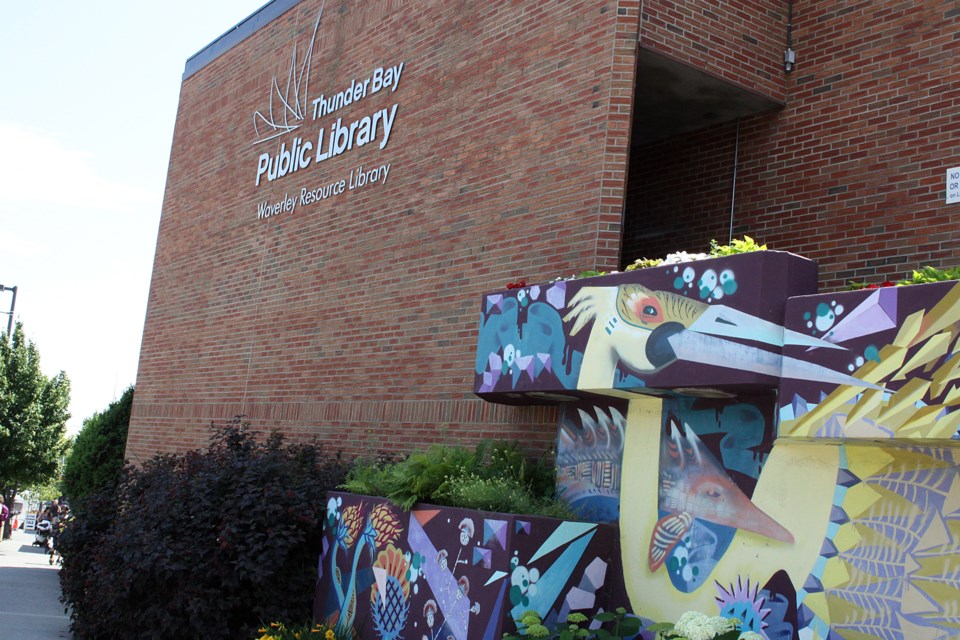 A debate over possible cuts to the Thunder Bay Public Library is looming at city hall. (File photo)

THUNDER BAY – A debate over possible cuts to the Thunder Bay Public Library is looming at city hall, as council prepares to approve the 2020 municipal budget. Library representatives faced questions about reducing funding and closing branches at a budget meeting this week – but several councillors say they oppose any cuts.

Some asked whether the library needed all four branches it currently operates at Waverley, Brodie, Mary J.L. Black, and County Park. According to Coun. Mark Bentz, that number may be higher than average.

“When I’ve done some research on cities our size and larger, I see one central library and a couple of satellites,” Bentz told library representatives at a Wednesday budget meeting. “We tend to have more libraries than most cities I’ve looked at.”

Coun. Brian McKinnon asked if the library could do without the County Park branch, pointing out the city’s lease on the facility expires in 2022.

McIntyre councillor Albert Aiello suggested investment in the library could be reduced as people shift away from books towards digital media. He singled out a $300,000 annual budget line meant to develop the library’s collection.

“We are looking seriously at trying to cut costs,” he said. “What do you get for $300,000 I guess is the question? That’s an enormous [amount], particularly when society has really gone to computers and everything is on a computer.”

The line is also used to purchase digital resources such as e-books, library staff responded.

The public library is run by an independent board, but depends on the city for over 90% of its funding. Richard Togman, a volunteer director on the board, told councillors it’s one of the most efficient city services.

Togman pointed to an internal study showing a $6.70 return on every dollar invested in the library. That includes costs avoided by citizens to access materials, computers, and meeting space, partnerships that reduce costs for social service agencies, and information provided to researchers and entrepreneurs.

In an interview, Togman said he was slightly taken aback by about an hour of questioning by councillors. He points out the board is asking for an increase of under 1% to its $6.16 million budget, below inflation and the city’s benchmark for budgetary increases.

“I was a little surprised with the amount of scrutiny the library budget got, especially compared with the [Community Economic Development Commission] who went before us and have a pretty substantial budget and staff themselves,” he said. “I find sometimes social service agencies come in for a disproportionate amount of scrutiny. They’re seen to be less valuable or an opportunity to eliminate waste, which I don’t think is really true.”

Coun. Andrew Foulds, the city’s representative on the library board, said he was also surprised by the amount of scrutiny the organization received.

Coun. Shelby Ch’ng agreed, saying libraries provide essential services for seniors and other vulnerable populations. She won’t be surprised if one of her colleagues proposes cuts at council’s final budget planning meeting on Jan. 29 – but she won’t support it.

“I don’t believe the library is the place to rein things in,” she says.

Much of the debate turns on the library’s transition to a “community hub” model, bringing street nurses, social workers, and employment services into its branches and emphasizing its role supporting vulnerable communities like the homeless. Those moves have drawn praise from national media, and from Ontario’s Lieutenant Governor after a recent visit.

But some councillors raised concerns that, while laudable, that work is outside the library’s core mandate.

“I appreciate the library’s willingness to offer services in the community, but we have to be very clear that your main purpose is to operate libraries,” Bentz said at the meeting. “We heard a lot about social services, and it’s because Thunder Bay is very needy in those areas. But as a council, we have to make sure those services are being coordinated well.”

Coun. Brian Hamilton asked if the library was competing with existing social services, saying he’d rather see those needs funded through the province than the city’s tax base.

“What is the library doing to rationalize spending, when we’re getting squeezed so bad from the public and the province?” he asked.

“They get to be where a high concentration of their clients are, and deliver their services in an extremely efficient way they might not be able to do on their own,” he says.

But with the city facing $22 million in unmet infrastructure maintenance, and growing needs in other areas, Bentz says the library is one of many services that may need to tighten its belt. The draft budget proposed by city administration for 2020 would widen the infrastructure gap and raise tax rates above the rate of inflation. Those are two issues Bentz, and many of his colleagues, want to tackle through lower spending.

“Certainly the library is one place that could be reduced slightly, and it all adds up,” Bentz says. “If we were to reduce the library’s funding, that would perhaps trigger a look at rationalizing how they’re providing services.”

Foulds wants to see the city move in the opposite direction. He pointed to Lieutenant Governor Elizabeth Dowdeswell’s comments praising the library for offering access to social services and Indigenous knowledge.

“When someone of that stature recognizes the good work that the library is doing - especially given some of the scrutiny that Thunder Bay has endured, whether it comes to poverty or racism - it strikes me it’s something we should be investing more in, not less,” Foulds says.

City council will hold its final budget planning meeting on Jan. 29. That will be followed by a meeting for public feedback on Feb. 3 and final ratification of the budget on Feb. 10.