Northwood Coun. Shelby Ch’ng will bring forward the motion on Monday to ask city council to support Bill C-6 and ask city administration for details on how the city can support the ban on conversion therapy.
Jul 21, 2021 6:30 PM By: Doug Diaczuk 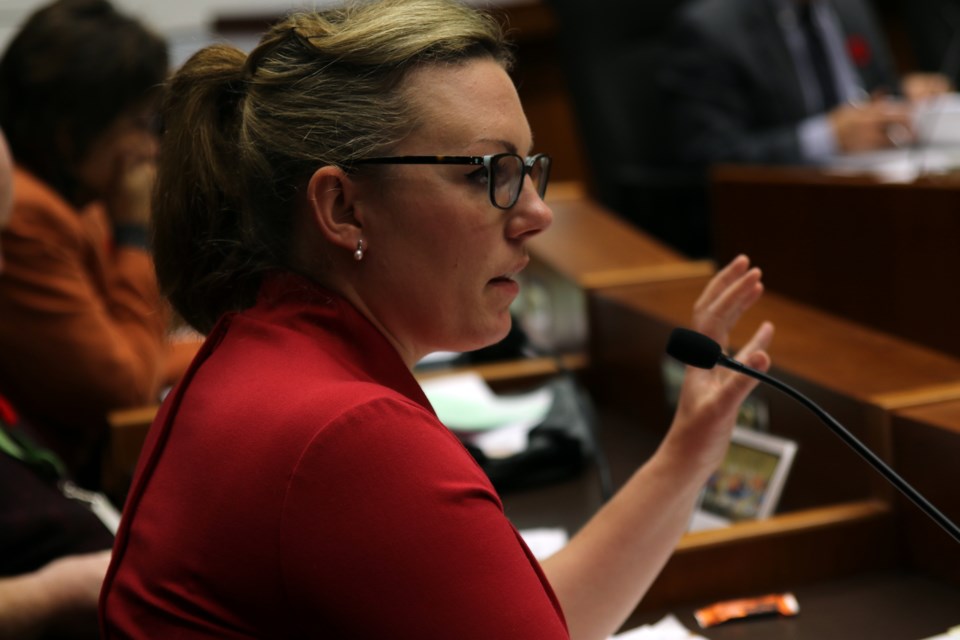 THUNDER BAY - More and more municipalities across Canada are taking a stand against the widely discredited use of conversion therapy and Thunder Bay could be the latest city to look at ways of enacting policies banning the practice.

Northwood Coun. Shelby Ch’ng will be presenting a motion before council next Monday asking the city to support and advocate for Bill C-6, which proposes to amend the Criminal Code of Canada to include conversion therapy related offences, as well as direct city administration to examine ways the city can support the intent of Bill C-6 through such means as planning and development, business licensing, and engaging with local organizations and agencies.

“We are seeing across the country municipalities taking a lead on filling in some gaps that may be left by the province and federal government in terms of conversion therapy,” Ch’ng said. “This is a conversation that is happening across numerous municipalities and it’s time it has been brought to Thunder Bay City Council.”

During next Monday night’s council meeting, Rainbow Collective Thunder Bay president, Jason Veltri, along with Kristopher Wells, Canada Research Chair for the Public Understanding of Sexual and Gender Minority Youth, will provide a deputation on the issue of conversion therapy.

“We think it’s supremely important to protect vulnerable 2SLGBTQIA+ community members from this abusive, harmful practice of trying to convert one’s sexual or gender identity just because of the way they live their life,” Veltri said.

“I think it’s really important municipalities stand with the queer, trans, and two-spirit community. It shows solidarity. It provides necessary deterrent tools by enacting bylaws that can be used to investigate, and in the instance that something has happened, lay a fine, pull a business licence, and refer it to provincial police.”

Bill C-6, which would essentially ban conversion therapy in Canada, was first introduced in March 2020 and has seen several delays throughout the past year and a half. It passed its second reading in June, with 62 Conservative MPs voting against and it is now before the Senate.

Ch’ng said her motion will ask city administration to provide details on anything the city of Thunder Bay can do to support the bill, but also look at ways to impose penalties on  businesses or organizations operating conversion therapy to be passed by council.

She added the city can base its policies on what other municipalities have already passed, such as Kingston or Edmonton.

“Hopefully as more information comes out, we can provide complimentary policy changes to support this,” she said.

“I am hoping we can do something that has some teeth in it. I think it’s absolutely important that people in leadership and in power speak up for those who cannot. I think it’s important people in privileged positions do speak up, not only for this, but for all issues. We want to be an inclusive city. If this is what we can do, then this is what we can do.”

Veltri agrees that every branch of government should have complimentary laws to ensure all individuals are protected against abusive practices.

He added that he is not aware of anyone who has come forward locally who has been forced into conversion therapy in the city but it has happened in the past.

“There are survivors in our community who have undergone this abusive practice,” he said.

“It really isn’t about if it is happening today, it’s about preventing it and providing the tools necessary to deter it from happening in the future by having strong public policy laws on the books that support our community to live our true and authentic selves without fear of being coerced or sent away and be converted to a straight living individual.”

Previous policy changes and actions in support of the 2SLGBTQI community in the city of Thunder Bay have received online vitriol and push back but both Ch’ng and Veltri are hopeful the community will support this motion and support inclusivity.

“In 2021 we really shouldn’t be having these conversations about harmful and discredited practices like converting one's sexual or gender identity,” Veltri said.