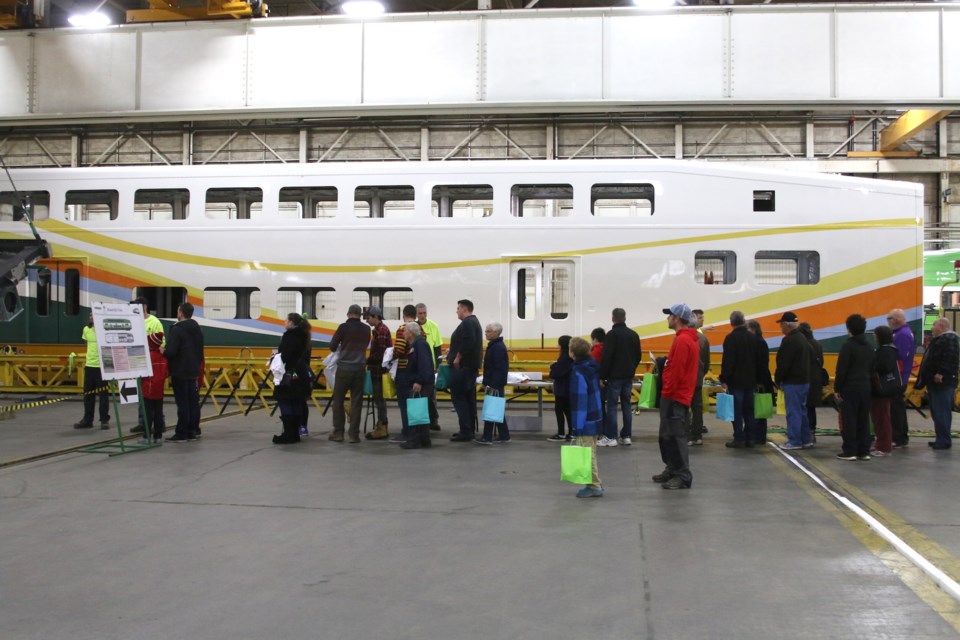 THUNDER BAY — A delegation of business, labour and government representatives has returned from a mission to Toronto where the group lobbied for new contracts for the city's Bombardier plant.

The chair of the Thunder Bay Community Economic Development Commission, Craig Urquhart, says the group was "not asking for a handout, we are pushing for fair treatment."

According to a statement issued Wednesday, the delegation stressed the mutual benefits of Thunder Bay's long-standing transportation relationship with Toronto.

"Other countries are pursuing domestic content requirements with vigor," Urquhart said. "We need to ensure all levels of government understand and address the unleveled playing field that currently exists."

Mayor Bill Mauro, who also participated in the mission, said the city's Bombardier plant "is the answer" to the needs of the Toronto Transit Commission and Metrolinx.

"A different provider would be more expensive and cause significant delay in meeting near term needs" of the two agencies, he said.

Mauro said a local content requirement for mass transit orders in Ontario "would level the playing field" with competing jurisdictions.

Besides Mauro and Urquhart, the delegation included:

Earlier this month, the governing Conservatives defeated a Private Member's Bill by Thunder Bay-Superior North MPP Michael Gravelle to require at least 60 per cent Canadian content for any mass transit purchase by an Ontario public company.

Minister Mulroney's office issued a statement after the vote saying the government believes "protectionist policies are ultimately harmful rather than helpful."

However, "Buy America" provisions in the U.S. will see local content requirement there go from 65 per cent this year to 70 per cent next year. Thunder Bay officials have said this gives a clear advantage to American manufacturers.

They also argue that countries such as the U.S., China and India are adept at leveraging public transit projects for local manufacturing gain.

A federal Crown corporation, VIA Rail, in late 2018 selected Germany's Siemens over Bombardier for a $1 billion order for new rolling stock, parts and a service agreement.

The locomotives and cars will be built in California.