City expanding focus on 65-plus population

THUNDER BAY -- The “Silver Tsunami” of aging baby boomers has begun and as strain begins to show on Thunder Bay's senior services, the city's expanding its focus on aging.
Dec 6, 2015 12:32 PM By: Jon Thompson 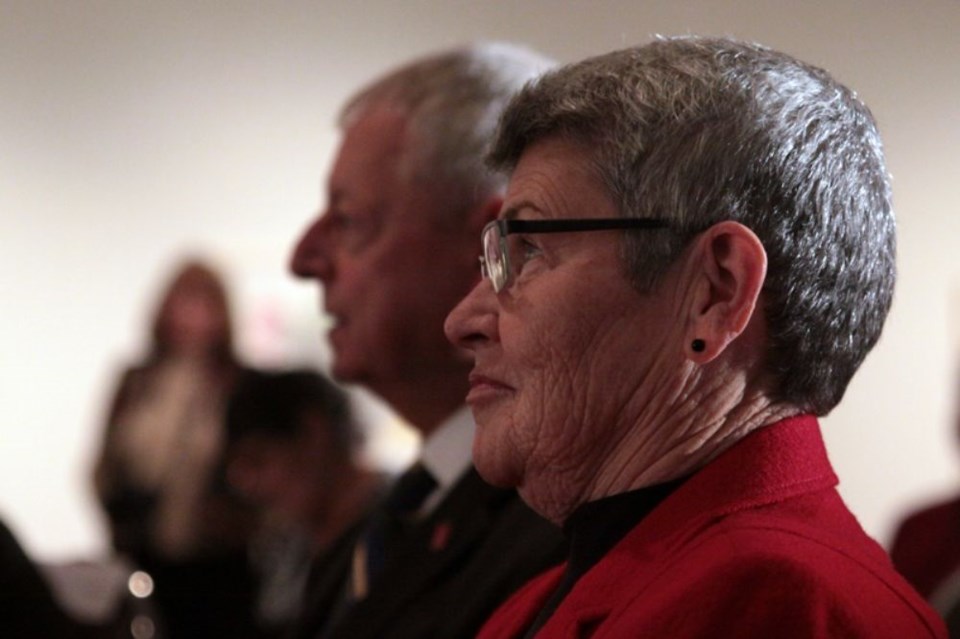 Coun. Rebecca Johnson (right) met with Ontario Minister Responsible for Seniors Affairs Mario Sergio this week to discuss the province's role in supporting the city as Thunder Bay increases its focus on seniors. By 2023, Age Friendly Thunder Bay estimates those over 65 years of age will make up 33 per cent of the city's population. (By Jon Thompson, tbnewswatch.com)

THUNDER BAY -- The “Silver Tsunami” of aging baby boomers has begun and as strain begins to show on Thunder Bay's senior services, the city's expanding its focus on aging.

Ontario’s Minister Responsible for Seniors Affairs Mario Sergio met with municipal leaders earlier this week to discuss progress on the city’s aging strategy and hear concerns over the infrastructure needed to support the 7,000 local people over the age of 65.

“The seniors of Thunder Bay are the same as any other seniors in Ontario,” Sergio reflected after the meeting.

Of the 822 people waiting for rent-geared-to-income housing through the Thunder Bay District Social Services Administration Board, 115 are over 65 years of age. Although the DSSAB hasn’t conducted long-term demographic projections, an additional 103 of those currently waiting are between 50 and 64 years old.

The LHIN’s latest figures shows a 967-person waiting list for 891 local Long Term Care beds with a turnover rate of 35 beds each month. The waiting list has nearly doubled from 500 people in 2010.

As the population of those over 65 is expected to grow to 33 per cent of Thunder Bay’s citizens by 2023, the city is aiming to become a conduit for senior social programming.

Coun. Rebecca Johnson is the chair of Age Friendly Thunder Bay, the agency that designed the Age-Friendly City Plan. Guided by a World Health Organization framework, the province has now granted Thunder Bay an additional $50,000 to develop an Age Friendly Community Plan.

Age-Friendly will conduct focus groups, studies and surveys over the winter and a draft plan will be presented at a local Age-Friendly Summit in June 2016.

Johnson said the Community Plan will be distinct but be implemented alongside the City Plan.

“Seniors today want to be more communicative. They want to be part of the community. They do not want to be the old senior who sat in a rocking chair. That senior is gone now,” Johnson said.

“If it’s programming, what kind of programming are seniors looking for? Anything from learning how to knit to being active and exercising – I’m just using those as examples – how does that tie into the city? The city is offering the programs that will accommodate those needs.”