The city intends to lobby the province and regional municipal leaders to advocate for a $1 billion increase to provincial social assistance rates.
0
Apr 12, 2017 3:41 PM By: Jon Thompson 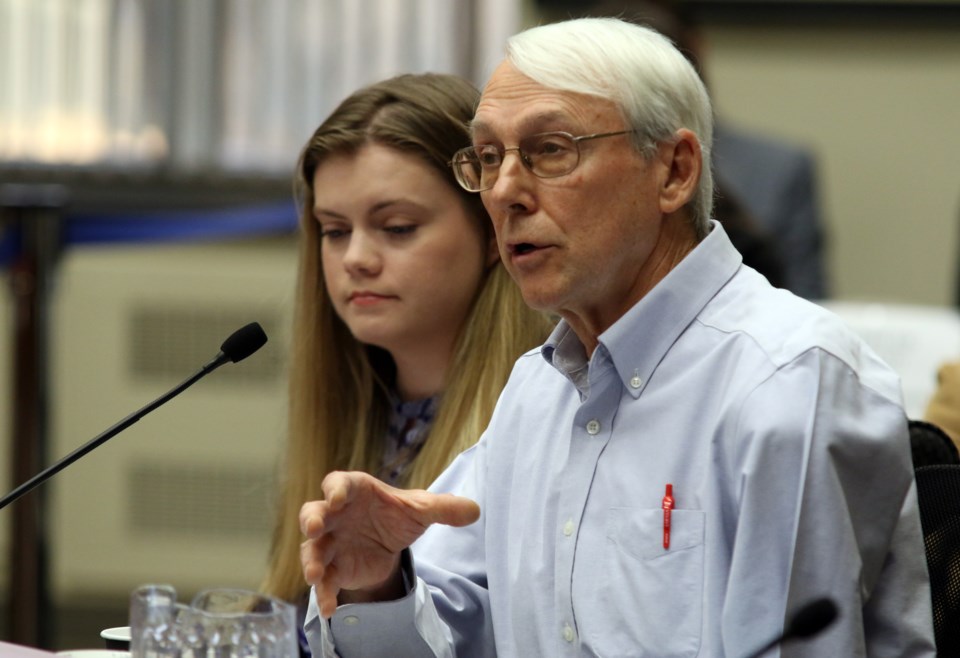 Steve Mantis (right) makes a deputation to city council on Monday, arguing for a 10 per cent increase to social assistance rates across the province.

THUNDER BAY -- The city is calling on the province to inject $1 billion into its social assistance budget, a move which would increase rates 10 per cent and change regulations.

City council unanimously resolved to send letters to provincial and municipal politicians across the region requesting the change.

"We're so excited. It's amazing," said Steve Mantis, the co-chairman of the Thunder Bay and District Poverty Reduction Strategy's Income and Community Development pillar, who led a deputation before council on Monday.

"We thought there were certain procedures and it would take some time. This has surpassed our expectations. We're so happy with the support we received from city council."

The province has struck a working group on social assistance reform, chaired by long-term civil servant George Thompson, which aims to address social assistance rates that are lower in real dollars than they were in under the Progressive Conservative Mike Harris government of the 1990s.

"You can't afford to have an apartment and feed your family on the amount of money you get from social assistance," Mantis said.

The requested $1-billion increase would include a $700 million commitment to a 10 per cent rate increase in the allowance for basic needs and shelter for the 8,466 individuals receiving social assistance in the district, including singles on Ontario Works and families of people with disabilities.

The remaining $300 million would be used to reform regulations, which Mantis argues stack the deck against those attempting to transition through and out of the system.

"The rules became so hard on people that it kept them from moving forward and becoming part of an inclusive community and part of the economy," he said.

Mantis used the example of the regulations those living with disabilities face when encountering new partnership relationships. After only three months, the new live-in partner becomes financially responsible for both the disabled person's economic and health care needs.

"You're just kind of figuring it out how to have a relationship with the person and now you're saying, you have to be financially bound. In family law, it's three years. Why the heck is it three months if you're accepting social assistance? In terms of strengthening families, we've got a barrier there."

Boards working out ways to allow students to retrieve belongings
May 25, 2020 5:37 PM