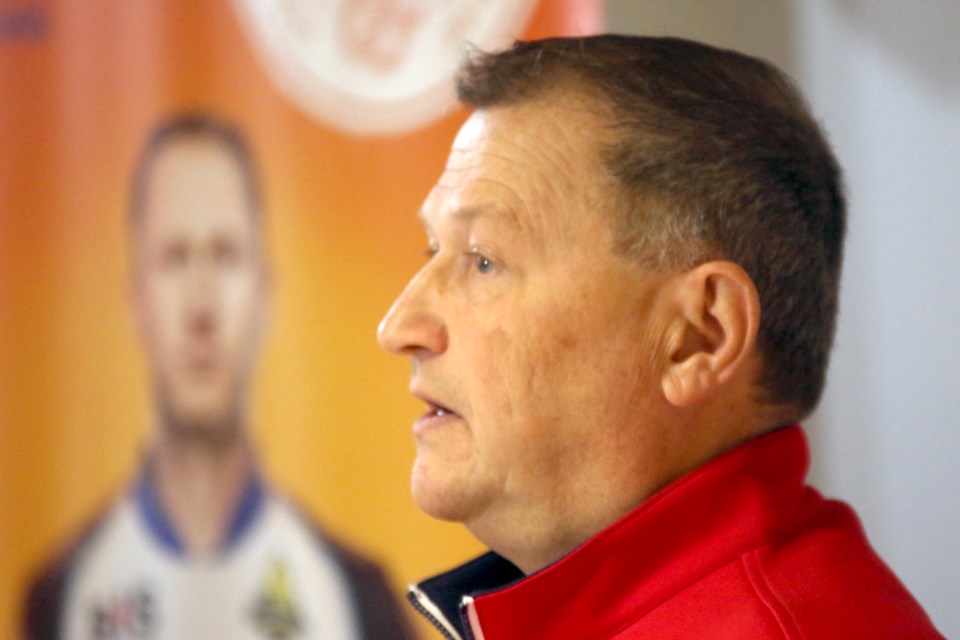 John Cameron, who chaired the recent Pinty's Grand Slam of Curling Tour Challenge, said organizers are in the early stages of a potential bid for the 2021 Scotties Tournament of Hearts at Fort William Gardens. (Leith Dunick, tbnewswatch.com)

But one of the leading proponents of the potential bid on Thursday cautioned it’s in the very preliminary stages and far from a certainty.

John Cameron, who chaired the Tour Challenge event, said it would cost $400,000 to host to national women’s curling championship, money that would have to come from the municipality as well as the provincial and federal governments. He's hoping city council would use some of the hotel accommodation tax to fund the city's share, money the mayor wants to use for a proposed indoor soccer facility.

The economic impact to Thunder Bay is an estimated $6 million to $10 million, including $2.5 million to the local hotel industry alone.

Cameron said they have to send a letter of intent to Curling Canada by the end of April.

Then the real work would begin.

“Then we would have to have a full-blown bid application in by June 30,” Cameron said. “But in between that time we would have to run a pre-ticket sale campaign, to see what the interest in Thunder Bay would be for this event.

“That’s pretty ambitious, because that doesn’t give us very much time to get a marketing campaign up and running and sell tickets in May to the end of June.”

The event, should the bid be successful, would be held at Fort William Gardens. It was last held in Thunder Bay in 1996.

Cameron said Thunder Bay is ideally located to host a national curling event, with 17 direct flights a day out of Toronto, unlike this year’s host, Sydney, N.S., where Northern Ontario’s entry was forced to take a four-and-a-half hour cab ride from Halifax because of a missed connector flight.

“Curling Canada wants the money, basically. If Thunder Bay can generate a bigger chunk of money, then they’ll work with our aged Fort William Gardens to piece it together and make it work. We might need some extra meeting-room space for the TSN crew and hosting the teams.”

“It’s obviously in the preliminary stages. We’ve made some calls and talked to some people and Curling Canada would certainly be interested in coming here, we know that,” Lang said. “We have to figure out a whole bunch of logistical issues, so we don’t want to get too excited, but at the same time, we’re very excited at the possibility.

“I think it’s a perfect event for this city, that I think we could get very excited about.”

Lang said a Scotties ticket was the hottest ticket in town in 1996.

“People still talk about it, because the arena was almost full for the entire week,” he said.

In the house: Cameron also announced the recent Pinty’s Grand Slam of Curling Tour Challenge event, held at the Thunder Bay Tournament Centre, raised $60,000, to be split evenly between the Fort William Curling Club, the Port Arthur Curling Club and the Kakabeka Curling Club. The event generated $200,000 in revenue for the local organizing committee, who paid out $140,000 in expenses.