Ambulance, public health, policing and municipal funding programs all identified as areas that will be affected.
0
May 14, 2019 8:30 AM By: Matt Vis 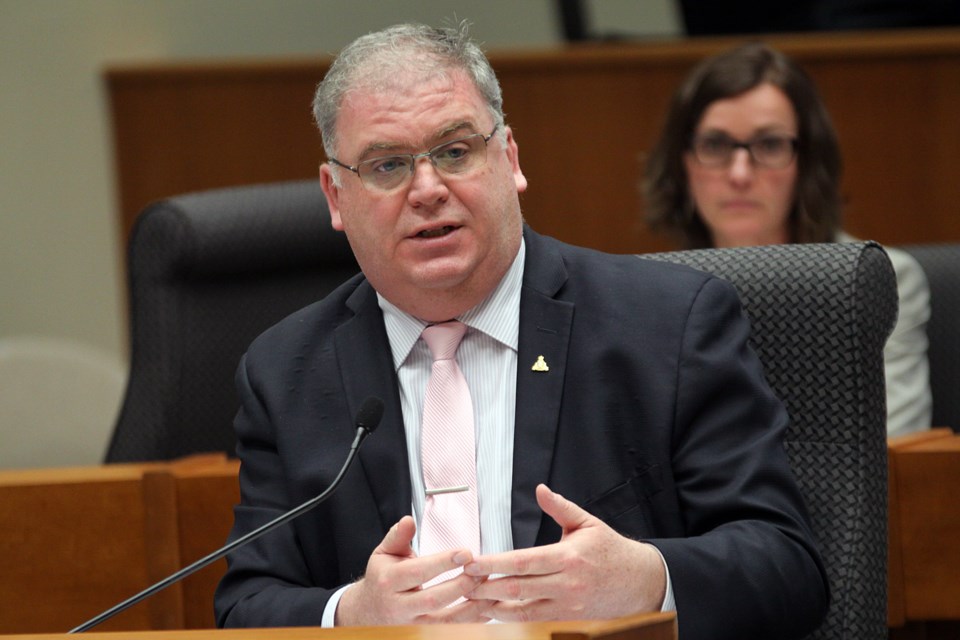 THUNDER BAY – The financial impacts of many provincial budget decisions at the municipal level remain to be seen.

An update was provided to Thunder Bay city council on Monday night, outlining some of the announced changes made by Premier Doug Ford's Progressive Conservative government and what they could mean for the city’s budget.

“We’re also providing you with a lot that we don’t know,” Gale told council. “The environment is dynamic and it is changing. We have to inform you of what is happening now, but also to help you as you contemplate and consider giving us budget directions in July.”

The Progressive Conservative provincial government, which is nearing the end of the first year of its mandate, has cancelled the former Liberal government’s plan to increase provincial gas-tax funding. It has also cut the Ontario Municipal Partnership Fund, which is projected to be $1.2 million less for Thunder Bay in 2020. A review has been undertaken of the Ontario Community Infrastructure Fund, which in 2019 provided Thunder Bay with nearly $5.5 million, though there has not been an indication about that program’s future.

Other changes to emergency services funding that affect the current fiscal year are expected to result in shortfalls.

The city is projecting a deficit of between $330,000 and $515,000 with the land ambulance service grant base funding frozen to 2018 levels. As well, the Thunder Bay Police Service has learned there will be a nearly $220,000 less funding available than anticipated through the community safety and policing grant’s local priorities funding stream.

The financial impact of the government’s decision to shift the current public health cost sharing structure of 75 per cent provincial and 25 per cent municipal to a 70-30 ratio remains unknown, as does the 50 per cent annual transfer payment from the hazard program for conservation authorities.

“We don’t have a tickle trunk or a pot of cash that is sitting there waiting for more agencies or partners to come ask us for more funding,” Gale said.

“However, should they, they would need to come to council and we would provide advice of what to do at that time. I expect, and I don’t wish to be hyperbolic, but I expect that will happen that such agencies will ask for more funding and there will be external impacts that are not simply limited to the corporation of the city of Thunder Bay.”

“The province is essentially saying to the people of Ontario ‘we’re cutting services.’ They want to balance the budget by 2022, which is admirable,” Bentz said. “If you’re cutting services, is there a messaging going through that they expect those cuts to flow through the municipality to actually become cuts or do they want to balance the budget on the backs of the municipal property tax?”

City treasurer Linda Evans said further updates could be provided in the second quarter budget variance report, which is due in July.

Josh Boudreau carrying Northwest Territories on his back
Feb 28, 2020 10:37 AM
Comments
We welcome your feedback and encourage you to share your thoughts on this story. We ask that you be respectful of others and their points of view, refrain from personal attacks and stay on topic. To learn about our commenting policies and how we moderate, please read our Community Guidelines.