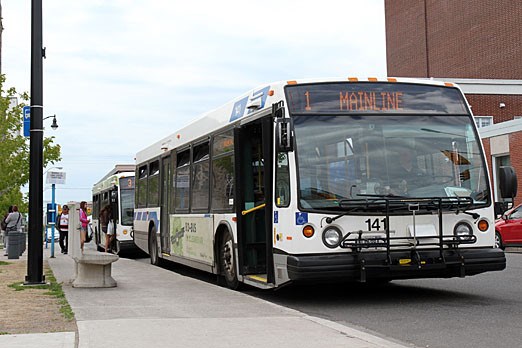 THUNDER BAY – The City of Thunder Bay is preparing to test an innovative approach to transit services with an on-demand “micro transit” pilot project.

Thunder Bay Transit told city council on Monday the strategy could be a better service option as ridership levels that plunged in the early days of the COVID-19 pandemic remain very low on some routes.

The city will now prepare to launch a pilot for the concept on its 4-Neebing route in the new year. That will see residents request service from smaller transit vehicles, with scheduled bus runs eliminated.

Reviewing low-performing routes for potential micro transit solutions is one condition imposed on municipalities by the provincial government in order to be eligible for a second phase of COVID-19 relief funding for transit.

The city received more than $3 million in August to ease financial pressures on the transit system through the end of September, which included the elimination of fares and ridership levels that dropped by 60 per cent in the pandemic’s early days.

Those levels have rebounded only slightly since, to around 50 per cent.

Eight of the city’s routes are recovering well, transit manager Brad Loroff reported, while another nine were considered low performing.

The 4-Neebing had the lowest ridership of any city bus route, averaging four boardings per vehicle revenue hour.

If the pilot is successful, the city could consider implementing on-demand micro transit for other low performing routes, Loroff told councillors.

Neebing councillor Cody Fraser objected to the pilot, saying it amounted to giving his constituents lower service levels while they pay the same taxes.

As part of additional COVID-19 service adjustments approved Monday, transit will also raise its passenger capacity from 15 to 32, a change it says was OKed by the Thunder Bay District Health Unit.

City administration will report back to city council by the end of November with a more detailed plan to commence the pilot project by Jan. 31.