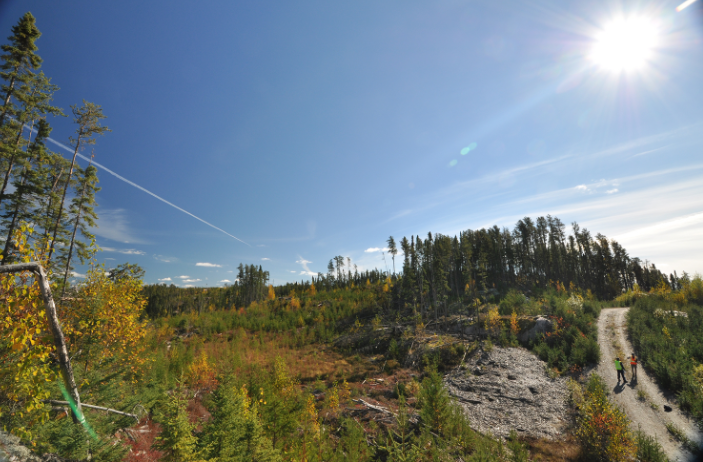 IGNACE, Ont. — If  the Nuclear Waste Management Organization proceeds with construction of an underground storage site near Ignace, it will have to take long-term climate change into account in the design of the facility.

The study determined that precipitation is likely to increase in the coming decades.

In a statement Wednesday, NWMO said increased precipitation can impact the watershed in a given area, resulting in flooding or other extreme climate events.

"Climate extreme projections are indicating a future that is likely to be wetter," they said, with both one-day probable maximum precipitation and one-day rainfall events in the Ignace study area expected to increase in the 2050s and 2080s.

An NWMO spokesperson said the organization's engineers and technical specialists will use the models in designing the repository before sending their plans to the federal regulator.

Similar research is underway in the South Bruce area of southern Ontario, the only other candidate site for a repository.

NWMO expects to choose its preferred site by 2023.

"This is the first time this modelling work has been done for a potential repository location," said Kelly Liberda, Senior Enginneeer/Preclosure Safety for the organization.

"While it's difficult to project the extent to which precipitation could fluctuate in specific geographic areas, the NWMO is taking steps to anticipate the most likely scenarios," Liberda added.