The owner of Canada’s last independent women’s bookstore has died. A Thunder Bay pillar for women’s rights and co-founder of the Northern Women’s Bookstore Margaret Phillips passed away on Wednesday at the age of 84.
Nov 6, 2015 3:16 PM By: Jon Thompson 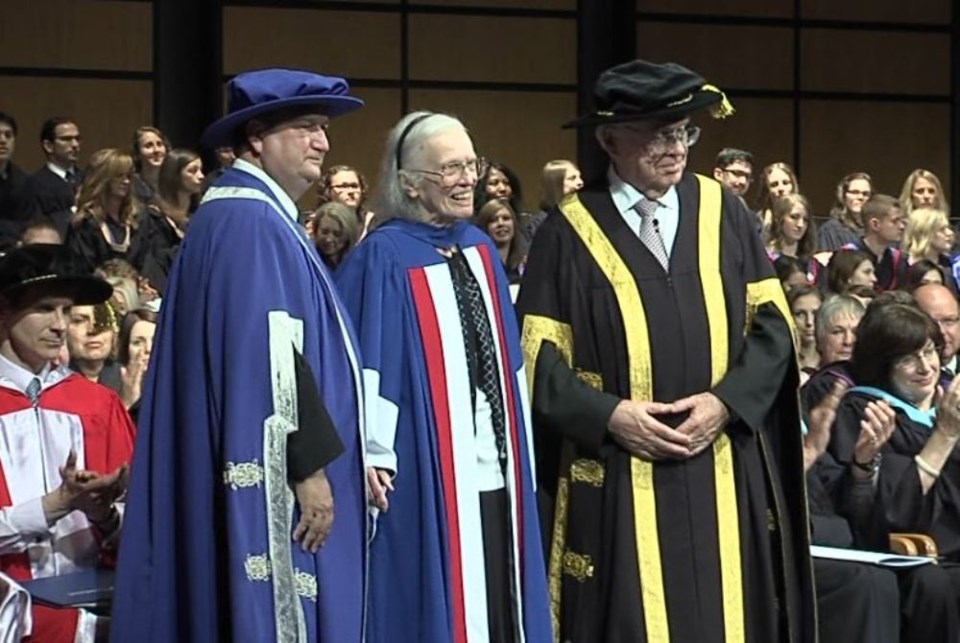 The owner of Canada’s last independent women’s bookstore has died.

A Thunder Bay pillar for women’s rights and co-founder of the Northern Women’s Bookstore Margaret Phillips passed away on Wednesday at the age of 84.

Friends, colleagues, readers and writers mourn the loss of an activist whose passion melded feminism and literature.

“She will not be replaced. She was a very special kind of person,” said PARO Centre for Women’s Enterprise executive director, Rosalind Lockyer, who counts herself among those Phillips mentored.

When Lockyer created her organization to economically empower women in 1994, she looked to Phillips for guidance. As she did with many women including the volunteers working in the bookstore, Phillips’ response was to insist on persistence.

“If you feel what you’re doing is worthwhile for your community and other women, you should just keep going,” Lockyer recalled Phillips saying.

Phillips made the Northern Women’s Bookstore a hub for local writers, selling their books and holding gatherings. She made organizing the writing community and fostering space for local literary culture to grow the cornerstone of her business.

“She knew what books were right for what people and why,” she said.

“She was a wealth of knowledge and she took the time. That’s what you don’t get at the big books stores or online. The day of the indie bookstore is creeping away from us and we’re losing something through that."

Those efforts prompted the Northwestern Ontario Writers Workshop to bestow the Kouhi Award on Phillips in 2008 for contributing to literature in Northwestern Ontario but Lockyer saw Phillips' vision translate from the broader writing community to each individual reader.

Lakehead University awarded Phillips an Honorary Doctorate of Letters in May.