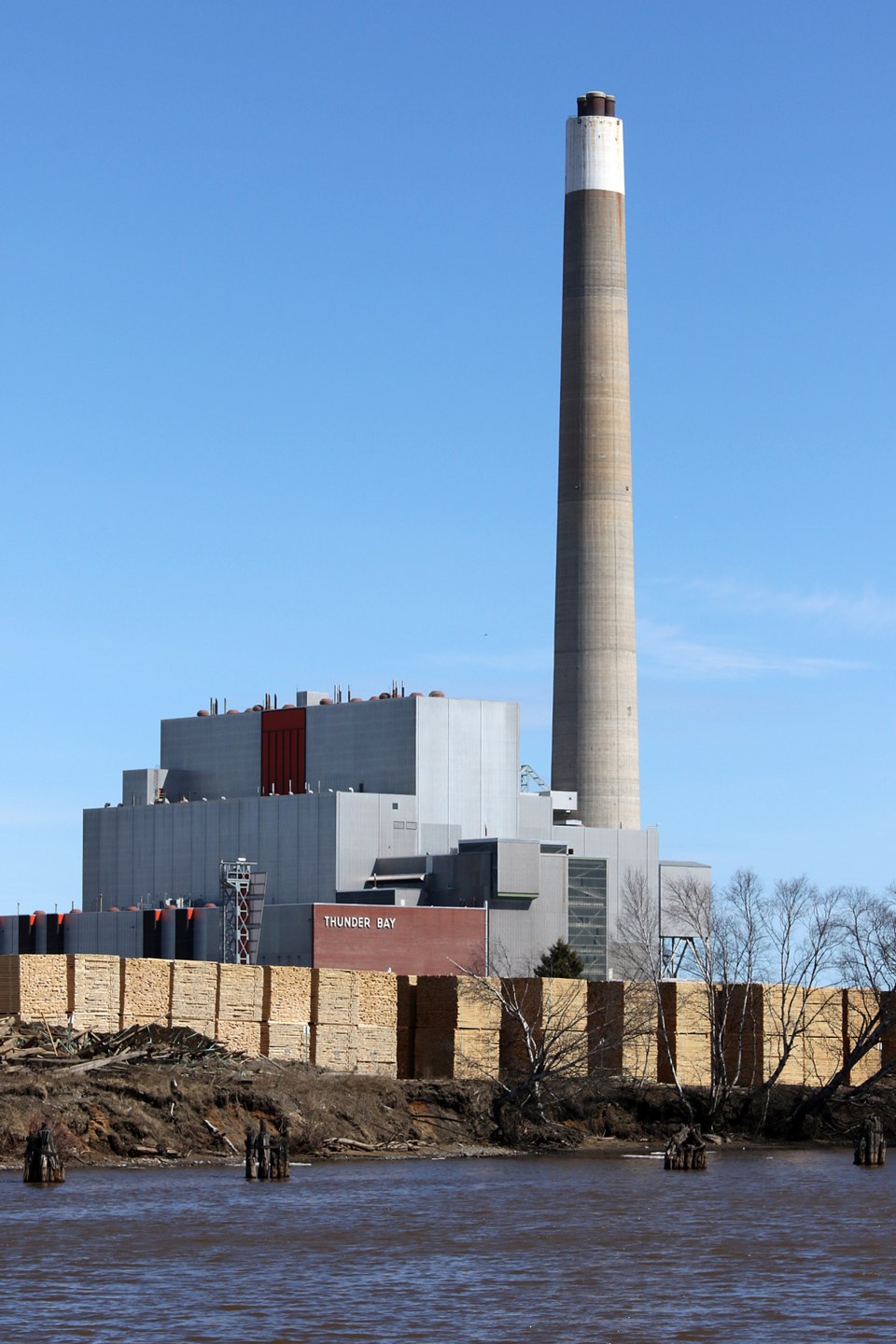 The province is decommissioning the Thunder Bay Generating Station on Mission Island. It was built in 1963. (tbnewswatch file)

The members of the volunteer group have developed a plan to repurpose the station as a combined heat and power plant, creating spinoff jobs in greenhouse operations and the manufacturing of residential and industrial wood pellets.

The group will hold a public meeting on Wednesday, March 20 to discuss details of the model.

Spokesperson Don McLeod, a candidate for Thunder Bay city council in the 2018 election, decided to get involved for the good of the community.

On the campaign trail, he said, many voters told him they were concerned about "government waste."

He believes the province's plan to demolish the OPG plant is a prime example of waste.

"It's in good shape. Basically all they need in that plant is a new boiler to make it operational again," McLeod said.

When OPG and the Independent Electricity System Operator announced the removal of the plant from the provincial grid, they said significant corrosion damage had been discovered in the boiler, with repairs estimated to cost $5 million.

In 2015, Ontario's auditor-general reported that the Thunder Bay Generating Station was producing electricity at a cost 25 times greater than other biomass facilities.

At the time, projections also indicated the plant was only needed about five days a year.

McLeod's group, however, feels the station and the 64 hectares of land it sits are an ideal location for growing the renewable energy sector.

McLeod said that rather than buying industrial wood pellets overseas, steam from the plant could be used to treat locally-sourced pellets, creating a supply of advanced biomass that's more durable and easier to handle.

"Regular pellets just get destroyed in the snow and the rain," he said. "These [advanced] pellets we could now sell all over the world, just like Norway is doing."

Spokesperson Jeff Parnell warned that there is very little time to save the plant, describing efforts to close the facility as an aggressive decommissioning.

“The further along it gets into decommissioning, the higher the costs go and the business case becomes less for it to happen,” Parnell said. “Action needs to happen much sooner than later.”

McLeod and his fellow proponents are inviting the public and interested parties to learn more about the project at a meeting at Norm's Boating Centre at 448 N. May Street at 7:00 p.m. on Wednesday.

Among other goals, they'd like private-sector sponsorship of greenhouses near the power station which could grow food for northern communities, but McLeod said they'll consider any ideas.

"There's another plan to put commercial greenhouses in, huge ones, and start growing hemp. It's nothing to do with marijuana. The stalk of the hemp plant can be used to make fabric."

According to McLeod, various area politicians and OPG senior management have encouraged the group to pursue the project.

"Right now, I guess it's just basically a dream, but if we can make it work, we can get people working. I think it will help turn northwestern Ontario around," he said.