Workers in Dryden and Sioux Lookout get 1.5 per cent wage increases each year.
Nov 8, 2019 2:12 PM By: TbNewsWatch.com Staff 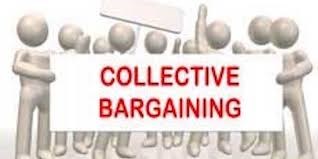 The union says the three-year contract provides for annual wage increases of 1.5 per cent each year as well as other upgrades including improved bereavement leave and expanded paid personal leave.

The top rate of pay will reach $30.70/hour by the final year of the agreement.

The workers provide support for people with developmental disabilities.

Unifor spokesperson Stephen Boon said "despite province-wide funding cuts and ongoing austerity measures, we were pleased to have once again secured solid contracts."

Boon added "our members understand the provincial funding challenges in the sector and were clearly pleased to secure fair contract improvements while still maintaining a very cooperative working relationship with management."